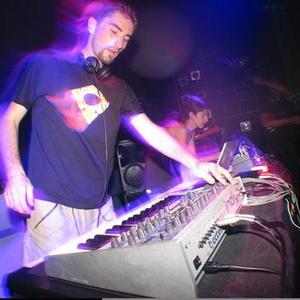 Mad Maxx is the solo project of Max Peterson, the result of many years of hard work, perfecting a type of sound, embodying all the travels, experiences and parties that have happened in the past 10 years. The music is a mix of trancey, ethnic and deep sounds, with a strong kick and solid bassline, an electro touch, emotional chants and at time nostalgic atmospheres, with a BPM range from 140 to 145 in general. All of this in a whirlwind of psychedelia of course....

Max was born in San Diego, California in 1979, and spend most of his teenage years in France, and then went on to live in places such as America, Mexico, and is now residing in Barcelona, Spain.

Max has been involved with the Music scene for over 10 years. After having opened with some friends one of the first trance shops in northern America in 1996 (The ion exchange), Max started his career as a Dj back in San Francisco, playing for all the Bay Area's trance heads, for groups such as the ccc, and in all the warehouse and outdoor events happening at the time.

Quickly, Max gained respect for his DJ sets, and was starting to play in Canada and other cities in the USA. In the year 2000, Max joined up with some friends Samy Guediche (Cpu) and Nicolas Oesch (Mekkanikka) to create the band called Biodegradable. After some time in 2001, they released their first album called Phaser which was a great success at the time in the psychedelic scene and became a platform for all members in the future.

In 2001, Max joined up with Davina Elmosnino and created the Trance Project formerly known as Sirius Isness. Receiving great success from the public, Sirius Isness went on to release countless tracks on the most prestigious labels in the trance scene, 3 albums and 1 compilation.

The official myspace page is at http://www.myspace.com/madmaxxspace