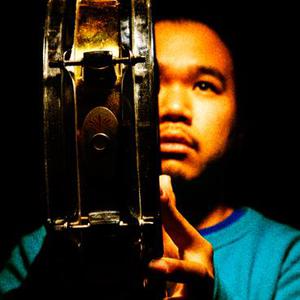 Born in Tokyo in August 29th, 1984,He aspired to be an artist form his early youth. While traveling through Austria as teenager he played guitar and sang on the streets. He received unexpected applause and support from the local audiences. This experience made him strongly believe in the power of communication through music. After trying various instruments such as guitar, bass, keyboard, he chose drums as the best instrument to express himself. In the early age of 17 mabanua decided to devote himself to being a professional musician.

Mabanua was influenced by the sound of the 90's hip hop group such as ?Arrested Development? and the music of the 60's and 70's legends. He wanted to emulate the groove of black music he listened to as a child. He begun collaborating with a number of bands as a drummer at prominent music clubs in Tokyo. His technical and expressive skills came to full maturity during this period. Simulataneously, mabanua started to work on his own track using Akai MPCs. Since 2006 he was a member of a jazz-hip-hop group ?Ovall?. It is a band of four musicians: their music is a unique mixture of sampling and live sound. Mabanua's contribution as drummer consists of a characteristic, profound beat. His sensibility as a percussionist is also his strength in track making. His sound originates from a personal vision and although the basis of his music is hip hop, the ultimate goal is to create unique sound transcending any genre.

?mabanua? is a made-up word, an anagram of his real name. His first album will be release in October 8th,2008.

? The feeling of looping music is impossible to express with words. Musicians create various sounds with different instruments during a session. Then the repetitions of sounds become blended together into one bigger wave. It is an instinctive form of communication with other musicians, audience, and myself.? manbanua said.