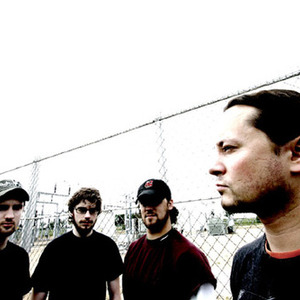 Lyzanxia are a band from Anjou, France, formed in 1996. 'If there's one band that can be called grand and epic, while accomplishing that feat at the jagged edge of the extreme, it is French thrash professors LYZANXIA. Unsu is surely the band's crowning glory of magic metal moments, its technicality, its patina of industrial, and above all its passion filled thrash anhtems sure to impress those with a discerning ear through 2006 and into 2007.' (BWBK magazine #100, Nov 2006).

'If there's one band that can be called grand and epic, while accomplishing that feat at the jagged edge of the extreme, it is French thrash professors LYZANXIA. Unsu is surely the band's crowning glory of magic metal moments, its technicality, its patina of industrial, and above all its passion filled thrash anhtems sure to impress those with a discerning ear through 2006 and into 2007.' (BWBK magazine #100, Nov 2006).

These are the foundations of a band worth checking out at all costs and that Canadian magazine Brave Words & Bloody Knuckles penned as 'the possessors of quite possibly the best thrash riffs in the business' as soon as 2003. LYZANXIA have created an obsessing world, in which beauty and terror intertwine, crafted by an incomparable technique and a brutal yet melodic approach. LYZANXIA's music is all about diversity and creativity based on a decidedly energetic style boasting the incredible chemistry of two vocalists-guitarists (David Potvin - lead and Franck Potvin - rhythm). Beside delivering insane riffs, the two brothers give LYZANXIA their trademark addictive, dueling vocals in every range imaginable from thrash to death to clean. They are backed by an implacable and powerful rhythm section with Clement Decrock on drums and Vincent Perdicaro on bass. The LYZANXIA sound has been shaping and making its mark throughout the years and now is the time for it to be revealed full-blast with brand new album 'Unsu' on Listenable Records.

Before LYZANXIA inked a deal with Listenable Records in the Spring of 2006 to further develop their place on the international scene, they experienced a strong and steady evolution as soon as the inception of the band back in 1996 when the Potvin brothers recorded their first demo 'Rip My Skin'. It was followed in 1997 by their first full-length, self-produced 11-track demo album entitled 'Lullaby', which put the band on the map and got them to play live with such bands as Edge Of Sanity, Disfear, Loudblast,, etc., and revealed them as a powerful live band. LYZANXIA then enrolled the services of one of the best European metal producers for their first album 'Eden': Fredrik Nordstr?m. 'Eden' was released in 2001 and was acclaimed everywhere by the fans and the media (6/6 Hard Rock: France, 84/100 Burrn: Japan, 9/10 Metal Mania: Canada, etc.). A French tour followed in the spring and the band worked on two videos ('Bewitched' and 'Dream Feeder'). 'Eden' also marked the beginning of the collaboration between the band and artist Alain Tr?hard who designs all the covers and booklets of the band.

2002 was a major step for LYZANXIA with the recording of a new album, 'Mindcrimes'. The band worked once again with Fredrik Nordstr?m, achieving impressive results together marked by the clear branding of the LYZANXIA style and sound on 'Mindcrimes'. In May 2002, David and Franck flew to G?teborg in Sweden to mix the tracks with Fredrik at the Fredman Studio and to do the mastering of the album with Goran Finnberg at the Mastering Room Studio AB. On October 2nd 2002, Japan (King Records) became the first country to distribute 'Mindcrimes', which was immediately embraced by the Japanese media and fans. 'Mindcrimes' received the score of 86/100 in the highly respected Burnn! Magazine, which put the band in the top five scores out of seventy releases reviewed in that issue. To support the album, LYZANXIA shot a video for the track 'Silence Code' with director Yohann Jouin and for 'Medulla Need' with director Guillaume Pin. LYZANXIA then took to the stage in June, offering the French fans shows with Shaman then Behemoth. The end of 2003 symbolized a major turning point in LYZANXIA's career when they, signed a worldwide deal with Californian label Reality Entertainment. 'Mindcrimes' was released in the USA on March 9th 2004 and a couple of months later in parts of Europe. Lyzanxia even got voted 'best newcomer of the year 2004' by the readers of German magazine Rock Hard. With the US fans and media embracing the album, Reality Entertainment decided to launch a full US tour in Sept. and Oct. 2004, which enabled LYZANXIA to play all over the US and Canada. The band then spent most of 2005 writing and putting the finishing touches to a new Lyzanxia album as well as their side-project Phaze I with drummer Dirk Verbeuren (Soilwork, Scarve, One-Way Mirror, ...).

2006 became another key year for LYZANXIA, who inked a deal with Listenable Records and recorded and mixed their new album 'Unsu' in Jan./Feb. 2006 at the Fredman Studio in Sweden with producer Fredrik Nordstr?m, assisted by Patrik J. Sten. The 12 tracks were then mastered by Peter In De Betou at Tailor Maid Studio. LYZANXIA supported the worldwide release with such high profile tours as their first UK tour with Soilwork in September 2006 and shows in Belgium, France, Italy, and Switzerland, where they played at the Metal Days Festival with bands like Samael. At the beginning of 2007 LYZANXIA released the video for title track 'Unsu', which features very special guest Myriam Szkudlarek, the world champion of Karate, who perfoms the actual Unsu kata in it.

They're current line-up is: