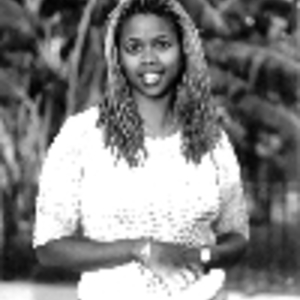 Artist Name: Lynette White Birth Name: Lynette Lewis Birth Place and Date: Bronx, NY July 4, 1968 Official Bio Born in Bronx, New York to Caribbean parents, Lynette remembers music as one of the biggest parts of her life. Raised in the church, she was inspired by the sounds of James Cleveland and Shirley Caesar but could not escape her cultural roots and vividly recalls the deep soulful reggae music that permeated the community. At an early age, family members realized her vocal ability and often had her perform for friends at parties.

Lynette began her solo career at the age of 12 with The Church of Jesus Christ Apostolic Inc., in Long Beach California after her family's relocation. Throughout her high school years she was an active member of her church choir as well as Solid Rock Community Choir, with whom she toured the local circuit extensively.

In 1993, the young vocalist took her music to another level when she went on tour with reggae icons, The Wailing Souls. This tour afforded her the privilege of working with music legends such as Carlos Santana and Bob Dylan. The group also opened for acts such as 10.000 Maniacs while on the road. Lynette continued to travel internationally with Marky Mark and Prince Ital Joe on their "Life in the Streets" tour.

Lynette has been involved in a wide range of freelance vocal work. She was featured in the theme song for NBC's Smart Guy, and sang lead vocals in "One Love" for Universal Pictures', "Fear", starring Mark Wahlberg and Reese Witherspoon. "Have a Good Time" from Romy and Michelle's High School Reunion is another of her credits. One of the young singers' most notable accomplishments was her work on "Hakuna Matata" sung by Jimmy Cliff for Walt Disney's, "The Lion King". Bound by Honor is another Disney project that Lynette took part in. The scope of work the artist has been exposed to broadens to include rap artists such as Mr. Grimm and Def Jef as well as RCA's female pop group, Wild Orchid. In 2006, Lynette even travelled with gospel reggae group Christafari to perform in Nigeria.

When asked about the work Lynette was most proud of, she didn't hesitate to mention the reggae music legend, Bob Marley's album, "Soul Almighty" that she was featured on, but proclaimed sincerely that "...Only what you do for Christ will last".

Lynette strongly believes in her desire to create music that appeals to multi-cultural people such as herself that want to hear Zion's praises sang with a world-beat rhythm and a soulful melody. This desire came to fruition in 2004 with the independent release of her first solo LP entitled, I Will Lift My Voice. The project is described as a mixture of Reggae, Neo-soul, R&B and just plain ol' gospel music.

Exclusive Interview with GospelReggae.com
GR: Tell us about yourself, where you were born and grew up, what your family is like, etc...

LW: I am a first generation American. I was born in Bronx New York to a Jamaican father and a mother from Honduras. My paternal grandparents were born in England and raised in Jamaica. My Maternal grandfather was also a Jamaican. Brooklyn was saturated with people from the Caribbean! The daily sights and sounds were a constant reminder of who you were and where you came from. We had corn, callalloo and tomato's growing in the backyard...It was a rich, loving environment. We didn't have much, but I grew up with a strong sense of family and self worth.

LW: I was raised in the church...I've always been a part of a church choir. My professional career began when I met reggae icon Michigan (of the group Michigan and Smiley). After a few introductions, I was on my first tour with the Wailing Souls who are also legends in the reggae community.

LW: My mother told me not to "cast my pearls before the swine" I was taught that I was valuable, and that because of my value, I should consider my actions very carefully. I would say that is largely missing in much of our youth today.

GR: What has been the greatest mistake that you have made in ministry and learned from? How have you used this experience to change the way you approach ministry?

LW: I would have to say, my greatest mistake to date would be becoming discouraged at negative feedback. Now, there is constructive criticism, and there is negative feedback. There will always be those who don't like what you do...I've learned to look at it like... I didn't choose to be born into the skin I'm in... I can only worship in my voice. I had to learn that I could not be made into someone else. If I run across someone who isn't feeling what I do, then my ministry isn't what he needs, then I've learned to be ok with that.

LW: Wow.... that's a difficult question to answer... I've shared the stage with many great artists over the years as a background vocalist. As a solo artist, however.... there are so many! Donnie McClurkin, James Ingram, Lauryn Hill, Tony Rebel, Luciano... GLADYS KNIGHT.... Prince... I really respect the gift of song and those blessed with it.

LW: Another difficult question. God's word is filled with gems...but for the sake of this interview, I'd say 2 Cor 5:17. "...if any man be in Christ, he is a new creature, old things are passed away and behold all things are become new..." It is important to know that a relationship with Jesus Christ changes your life. When Christ came in, I was no longer the same.

LW: Esther, because I've found favor with the King ! (smiles)

GR: What do you have to say about (or to) artists that started off in the Christian industry (CBA) doing gospel music and now sing secular (mainstream) with a watered down, or ambiguous message?

LW: "What does it profit a man to gain the whole world, and lose His soul?" This whole thing is about winning souls. We can't lose that in our effort to sell records.

GR: What is your philosophy of stage ministry? Is there any one message that you always want to leave with your audience?

LW: Stage ministry is an amazing opportunity to spread the Gospel of Jesus Christ. The message that I would want to leave would be Romans 12:12. We are warned not to be conformed to this world, but to be transformed by the renewing of our minds. If ministry is the primary goal, as opposed to entertainment.... mission accomplished!

GR: What country would you tour (even if you didn't get paid to perform)?

LW: England/Jamaica/Belize--Performing for my people is like an embrace. I don't have to doctor up my adlibs so they'll be more "mainstream". I don't have to worry about whether the audience will "get it"...I just minister...

LW: "Anoint me Lord!!!" There will always be someone that sings better than me, but it's the anointing that destroys the yoke! I'm careful to remember why I'm doing this.

LW: Honestly, I LOVE the stage. I love to perform, but now that I am a wife and mother, I love that recording time affords me the opportunity to be with my family.

LW: At the risk of sounding clich??', I sing because I'm happy, I sing because I'm FREE... The music I do is inside me. I would say my primary goal is to express that God is a god of diversity. He loves and appreciates whom he made us, and being in love with Jesus, is learning to do the same. We are fearfully and WONDERFULLY made!

Ministry
"To share the Gospel of Jesus Christ in a way that is anointed, inspired, and true...to give rhythm to the personal relationship I have with my Creator."--Lynette.

I Will Lift My Voice