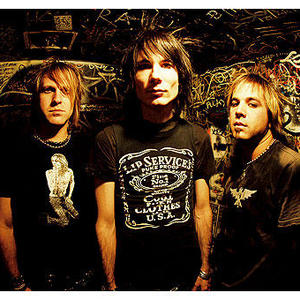 Lynam hails from Birmingham, AL. The three piece is comprised of Jacob Bunton, Mark Dzier, and David Lynam. They formed in 2001 after the demise of Jacob's major-label band Mars Electric, and have since released 5 albums: White Trash Superstar (2002), Bling! Bling! (2003), Life in Reverse (2004), Slave to the Machine (2006), and Tragic City Symphony (2008). The first single from Tragic City Symphony, "Save My Soul," has been getting airplay on Sirius Satellite Radio's Octane station, as well as on several radio stations in the Birmingham Area.

Lynam describes their sound as a mixture of Foo Fighters, Weezer, and Guns 'n' Roses.

Lynam has toured with some big-name acts, including Saliva, Live, Fuel, and Puddle of Mudd. Most recently they opened for Hinder and Eighteen Visions in 2006, and in early 2008 played on Motley Cruise with Vince Neil, Ratt, and Skid Row. Summer of 2008, the band was supposed to tour with Warrant and Cinderella, but the tour ended up being cancelled due to Tom Keifer of Cinderella hemorrhaging a vocal cord.

Fall of 2009, Lynam will once again be doing a musical cruise - Ship Rocked, which includes Queensryche, Tesla, Skid Row, Broken Teeth, Endeverafter, Stereoside, StoneRider, and other acts that have yet to be announced.

Slave To The Machine