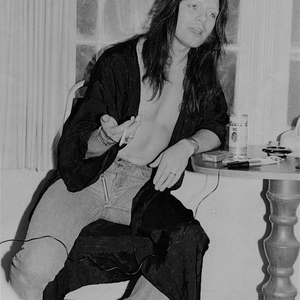 Luther Grosvenor (nickname: Ariel Bender), was part of several rock bands of the 70s, among them: Spooky Tooth, Moot the Hoople, Gorgon Jakson, Hard Meat, Stealers Wheel and Widowmaker. The album "Under Open Skies" is a very strong album by the Island recording artist who left Spooky Tooth and joined Mott the Hoople after that group left Island for CBS. "Ride On" begins the festivities with Grosvenor playing both bass and lead guitar; Spooky Tooth's Mick Kellie provides the drums; John Hawken is...

The album "Under Open Skies" is a very strong album by the Island recording artist who left Spooky Tooth and joined Mott the Hoople after that group left Island for CBS. "Ride On" begins the festivities with Grosvenor playing both bass and lead guitar; Spooky Tooth's Mick Kellie provides the drums; John Hawken is on piano; and harmonies are by Jim Capaldi of Traffic and the man Luther Grosvenor replaced in Mott the Hoople, Mick Ralphs.

Here is the oddity of Under Open Skies, where Verden Allen's "Soft Ground" really disrupted the flow of the All the Young Dudes album, a tune like "Here Comes the Queen" would have been dynamite for Ian Hunter and the boys. (After writing this review, Justin Purington of the Mott the Hoople website, Justabuzz.com, noted they DID perform the song live in 1974, and that it rocked.) While that band was being over-extended was the time to lean heavily on Grosvenor.

He came off like a hired gun rather than Mick Ralphs' true replacement, and this highly creative work shows just what he could have truly brought to the Mott table if he was given the chance. "When I Met You" has the Move's Trevor Burton on bass, inspired guitar playing by Grosvenor, and a vocal by the artist leaning toward Steve Winwood.

The title track is just amazing, Trevor Burton and Mick Kellie making up two-thirds of the three- piece band which pulls of this brilliant Githa Grosvenor/Luther Grosvenor pre-Ariel Bender composition. That the reconstituted Mott or British Lions failed to pick up on this individual to continue their work is just a shame. They went in a failed heavy metal direction while the possible key to their success was in this spirited and very complete work. The title track is mystical and amazing, while the inside cover has a tremendous photo of Grosvenor dressed up like Ozzie Osborne in white cape, immersed by beautiful green trees, and a small pig to the far left. With Jim Capaldi's Oh, How We Danced and John "Rabbit" Bundrick's Broken Arrow, Under Open Skies by Luther Grosvenor is part of a unique trilogy of discs on Island records by sidemen who crafted records more complete than some of the discs by the groups they played in ? Traffic, Free, and Spooky Tooth ? respectively.

Musicians overlap on all three of these recordings. Nice, touching liner notes by Jim Capaldi are included as well. "Waiting" would have been a nice moment for Spooky Tooth, while "Rocket" recalls Denny Laine's "Say You Don't Mind." If Grosvenor submitted this as a term paper, the teacher would have to give it an A plus.