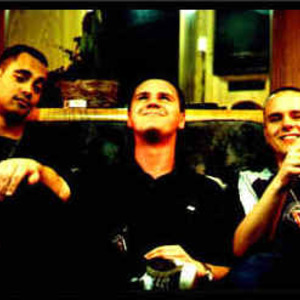 Lunatic Calm were a UK-based electronic music group, specializing in big-beat hardcore and down-tempo trip-hop. Formed in 1996, they comprised of Simon 'sHack' Shackleton and Howard 'Howie' Saunders. They composed and produced several high-energy tracks and two albums. The group are most famous for their track Leave You Far Behind, which has appeared on numerous movie soundtracks including The Matrix, Charlie's Angels, and Mortal Kombat: Annihilation. Together, they have also done numerous remixes for artists such as Bush, DJ Scissorkicks, and Curve.

Lunatic Calm quietly split up since the release of Breaking Point in 2002, with sHack placing the blame on record labels (this was also a factor in the numerous delays in releasing their last album). However, sHack has been active in the DJ scene, operating under the name Elite Force. Some of his songs (both remixes and new tracks) have appeared on The Crystal Method remix albums, Community Service and Community Service II.

Leave You Far Behind (EP)