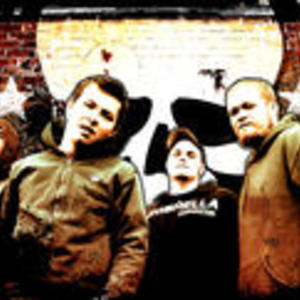 1999 in Coos Bay, Oregon, brought with it a band who called themselves Lunaractive. Consisting at the time of Anthony Munoz (guitar-vocals) Ethan Nicolle (bass-vocals) Brandon Sause (Guitar-vocals) and at the time Keenan Neal on drums (later replaced by Eric Porter/Kyle Paradis). The band's first EP 'Intergalactic Samurai' was described by many as 'ball-rocking-ninja-android-show-down' music. This began the first underground rock scene in Coos Bay, that wasn't strictly a bar scene.

Lunaractive was followed later by acts such as Words Fall Short, Lullaby, and Towards the Storm) Keenan, was later replaced by Eric Porter as the drummer. Eric recorded the drumming on the 'Synthesis' EP which was released on Nov 19th, 2004.
Eric left the band in '06 having other commitments and found a replacement for himself, Kyle Paradis. The band then began to tour the west coast with bands such as Red Horizon. In the Summer of '07 'Today for Tomorrow' was released, the bands first full-length album. The band disbanded in Sept of '07, and is truly missed.
Today for Tomorrow and Synthesis are available for purchase on iTunes & CD Baby.