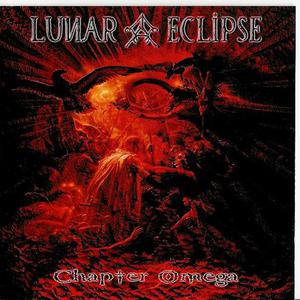 There are two bands known as Lunar Eclipse 1) A German melodic death metal band. 2) A Chinese melodic black metal band. 1) Lunar Eclipsle is a melodic death metal band from Bremen,Germany . The band comprises of Rolf Quast-Jan?en on Vocals,Frank Fraundorf on lead/rythm guitars,Thomas V?lker on lead/rythm Guitars ,Alexander Junge on Bass/Backing-Vocals and Mathias Junge on Drums . The history of Lunar Eclipse started in spring 1996. The first demo Flatline was released in 1997. The 4-track-CD Anxiety Dreams and some gigs and participations in band-contests followed one year later.


The history of Lunar Eclipse started in spring 1996. The first demo Flatline was released in 1997. The 4-track-CD Anxiety Dreams and some gigs and participations in band-contests followed one year later. In 1999 they concentrated themselves mainly on the songwriting. After some personal replacements vocalist Rolf Quast and bassist Alexander Junge joined the band in October 2000. With the new guys Lunar Eclipse entered a recording-studio in May 2001 to produce their third demo Abnormities. This mini-CD was judged very positive by the fans and it received extraordinary good reviews by the underground-press. Famous magazines like ?Ablaze?, ?Eternity? or ?Legacy? compared them with bands like Six Feet Under or Bolt Thrower. The Internet-Zine ?Nocturnal Hall? appointed Lunar Eclipse even to ?Band of the month May 2002? !

the new album Morbid Visions, which has been completely recorded, mixed and mastered by the band itself. Equiped with an absolutely marvelous artwork Morbid Visions awaits the listener with plenty of melodies and details which are worth to be discovered. The album shows the clear development of Lunar Eclipse on their way to an own identity.

2)
Lunar Eclipse was founded as an Fuzhou underground band with a different name. The band was influenced by various styles of metal. November 2003, the band consisted of: Tang Bo (vocals), Zhang Shuyi (guitar), Su Yuanhuang (bass), Chen Ce (keyboard) and drummer Xiong Zhenliang. After some time, a female lead vocalist joined the band pushing their style near gothic. In April 2005 the band officially changed its name to Lunar Eclipse. By the end of December 2004, guitarist Xiao Cai joined the band, adding up the number of members to 7.
Lunar Eclipse always oriented their style to European melodic death metal, black metal and gothic metal, with lyrics full of sorrow, darkness and gloom. Representative songs of this style are "?", "Who cares me", "????????????", and "You live in my pain".
Soon their songs became more popular. "????????????" was included in the Chinese underground metal compilation album Dead Night 3. Moor Production published the 4-way-split of chinese underground female-fronted metal bands (Valkyrie's Prediction) including their songs, "?", "Way Out", "Sacrifice".
September 2005, the original keyboardist Chan left the band for personal reasons. Graduated from Fujian University, Huang Heming joined the band as the new keyboard player. By the end of November, the line-up changed once again: Xiao Cai left the team, the new rhythm guitarist (Guo) joined.
In early 2006, the band self-produced "?", "Way Out", "Sacrifice", "????" as a demo for download, increasing their number of fans.
In 2006 the band has encountered some difficulties. Keyboard player and female singer Huang Heming has quit the band for personal reasons. Withoud a successor, the band took a temporarily break. In the meantime, the band changed their musical style after getting interested in nordic epic and pagan metal.
By the end of November 2006, with the new keyboard player Peng Nan, the band cambe back to life again, and started preparations for live-sessions on their third anniversary. After a month of intense rehearsals, on January 7, 2007, they successfully held a concert at the Jazz & Blues Bar and on January 12th in Quanzhou.
In early 2007, the band once again self-releases a demo consisting of the four songs "??", "?????", "From Hell" and "Road to Valhalla". With the new songs they left back their gothic style. The new songs are about epic battle scenes, ice and snow, Odin, Thor and nordic mythology combined with traditional chinese elements. It was just a try, they intended to continue to explore Viking metal and traditional Chinese music, searching for cultural similarities, trying to create Viking metal with chinese influences.
First half of 2007, drummer and keyboard player Peng Nan quits the band because of personal problems, the new drummer Xiong Zhenliang and keyboard player Chen Hong joined the band, followed by a period of intense rehearsals and preparation. The band released their first self-produced DEMO album "Lunar Eclipse", which was launched 2008 after their national tour, including Nanchang, Wuhan, Changsha, Beijing, Shijiazhuang, Zibo, Hefei and other cities.[1]