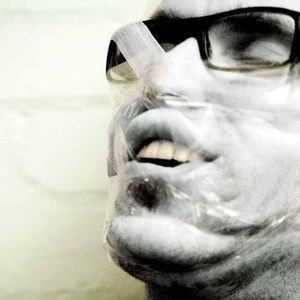 Luke began his professional DJ career in 1990 having practiced hard at his Friday night residency at Middlesex University student Union, where he met cohort Justin Harris. During this period he started working at a local Barnet record shop selling house music and soul music whilst holding down a part time job as a fishmonger. Following this his career within the industry was secured whence he got a job at Freetown, then home to Robert Owens, Felix the Housecat, Jamie Principle and Masters at Work.

This opened doors and led him to a long lasting relationship with Rob Mello and Kenny Hawkes, with who he started his recording career and passion for live radio (Girls FM) respectively.

Luke Solomon then set up the seminal label Classic Recordings with Derrick Carter. For 9 years, Classic Recordings introduced the world to the likes of DJ Sneak, Tiefschwarz, Isolee and Freeform 5 and garnered a cult following until distribution difficulties led to the last single issuing forth in 2006.

Running alongside this was the birth and growth of Freaks, the production team Luke started with Justin Harris in 1996. Under the Freaks moniker, Luke & Justin have turned out a slew of singles and long players on their own Music For Freaks imprint to including three albums : The Beat Diaries, Meanwhile Back At The Disco and The Man Who Lived Underground. These albums spawned some Of Freaks seminal singles such as Turning Orange, Where Were You When The Lights Went out and of course their huge underground hit, The Creeps. They have also found themselves remixing the likes of Alison Limerick, Pulp, Damon Alban, Kasabian, The Streets & Duran Duran.

As a solo artist he has had releases on a variety of labels to include the very respected Crosstown Rebels. His 1st artist album "The Difference Engine" was released in 2008 on Radio Slave's much-applauded Rekids label.

This brings us to present day. Luke decided to take a step back from the the record label business and began focus on production. Freaks have just signed their latest album,"Psych", to German label Ladomat. This is in the last few weeks of mixing and will be released in 2007. They are currently touring showcases with a 5 piece band.