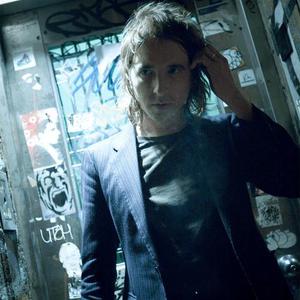 Luke Brindley is arguably the most promising singer/songwriter to emerge from the Washington, DC area in years. With his new EP Five Songs, the New Jersey raised DC-based artist affirms his relevance among leading young singer/songwriters. The EP follows on the heels of his highly praised, self-titled record called ?one of the best roots-rock records of the year? by The Washington Post. Luke has released four critically acclaimed albums in the last five years, garnering praise from numerous national publications.

Luke has released four critically acclaimed albums in the last five years, garnering praise from numerous national publications. Equally at home on the stage, The Washington Times says of his live performance ?no song goes untouched by the energy an pure infectious joy of Luke's performance?a mastery of pop songcraft and stagecraft.?

In the last year he won a 2008 Washington Area Music Association award for Best Contemporary Folk Album of the Year and was a finalist in the 2008 Mountain Stage NewSong Contest, the 2008 Paste / Cayamo singer/songwriter Contest, the 2008 Falcon Ridge Folk Festival Emerging Artist, a 2007- 2008 Artist in Residence at the Strathmore Center, 2007 and 2008 Performing Songwriter Top 12 DIY, and more.

Luke is not your typical rock star. Though he appears to have all of the ingredients included in the modern recipe; young, good looking, rebel dress and incredible talent, his music draws from another time - it is reminiscent of artists some decades ago who focused on the timeless art of songwriting.

When asked about his influences he names artists from the classic singer/songwriter pantheon such as Dylan, Neil Young and Van Morrison, the straight-forward American songwriters like Springsteen, Townes Van Zandt and Paul Westerberg, the elegance of Nick Drake and early Bruce Cockburn, the rawness and simplicity of early American and guitar work of D'Gary, Michael Hedges and Ali Farka Toure and also authors and poets like Thomas Merton, Rilke, James Wright, and Rumi.

Married to his high school sweetheart (a la Bono and fellow Jersey born rocker Jon Bon Jovi), compassion and the challenge of keeping love alive in a modern and dangerous world are recurring themes in Luke's music and his life. His life-long pursuit of music has led him to travels in West Africa, Brazil and Eastern Europe and consistent touring across the country. He studied guitar at Rutgers with Ken Wessel, guitarist with free jazz pioneer Ornette Coleman, and built his main guitar himself. Luke and his brothers own Jammin' Java, a 200-seat music club named one of the Top 100 Clubs by Pollstar Magazine.

No, definitely not typical.

Inspired by the early Motown recordings and the classic 70's singer/songwriters records, his self-titled 2007 release was recorded live in the studio with minimal overdubs in only three days. The result is ?a well-crafted and fairly seamless production, a collection of tunes that consistently makes the most of Brindley's raspy voice, soulful delivery and impressive guitar work?, says The Washington Post. The Brindley Brothers' 2004 release on Paste Records, Playing With the Light, was hailed by The Washington Post as ?magical?a pop/rock gem?an early contender for one of the best albums of 2004? and was named by Paste Magazine as one of the Top 12 Debut Records of 2004. Filled With Fire, released in July 2006, produced by Jim Ebert (Matthew Ryan, Butch Walker) was called ?a sterling example of mature musicianship? by The Washington Post.

Luke is currently in the studio recording new material.