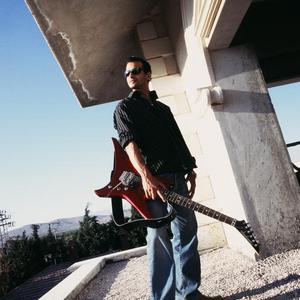 Born in the world's oldest capital city of Damascus, Syria on August 13th 1982, Luay Rifai's self-taught approach to the instrument of electric guitar, revealed high dexterity in original and cunning playing, bringing together his diverse passionate melodic licks and rhythms along with remarkable over the top shred-ability, emerging him as an outstanding upmost instrumental rock guitar virtuoso. Throughout the years, Luay Rifai has been part of numerous genre-specific online communities, participating in various collaboration projects with independent musicians around the globe.

Being a medical doctor further contributed his mind-set and very detail-oriented demeanor of always willing to go the extra mile to get the perfect take & feel he's looking for. Coordinating both, music & medicine, reflects his well-rounded personality, as he thrives to establish where those two worlds collide.

Second album was released in (March 6th 2009); "Vital" is a concept album in the style of instrumental rock guitar, the album includes the track "Vital"; 36 min long concept instrumental piece split into 7 tracks, in addition to 5 stand-alone tracks.