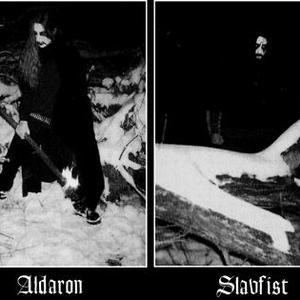 ALGOR was created sometimes in the end of 1998 year as a four-person Black Metal horde. The main idea since beginning was playing Black Metal in the most hateful form. After some problems, the band was reduced to two main members - Aldaron and Slavfist. Some time after, second guitarist was joined. With this line-up the first promo "Promo 2000/2001" has been recorded. Because of problems with musical inactivity, sloth and division of opinion, the second guitarist was kicked out.

Since this moment, the main identity of Algor are two main persons: Aldaron - guitars, bass and vocals and Slavfist - drums. With this line-up has been then recorded the debut album, its name is "Uder Pohanskeho Hnevu" (The Stroke of Pagan Wrath) and some unofficial rehearsals.