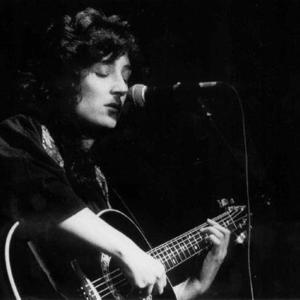 LOURDES PITA, of Hispanic heritage, picked up the guitar when she was nine years old. Her mother, the internationally acclaimed Cuban poet in exile, Juana Rosa Pita, taught her how to play the guitar and to sing Spanish and English folk songs. Lourdes studied classical music throughout elementary school and high school and played with the orchestra as second chair flute. It wasn't until her last year of high school that she realized writing songs and performing was her true passion.

Playing flute, bass and guitar, she performed with several bands in the Miami area before she set out on her own in 1986.

Lourdes went from her first full time gig in a small pub in Stuart Florida to the streets of New England and has since appeared on television for an After School Special episode where she played bass in an all girl high school band, and opened up for such big name acts as Livingston Taylor and Patty Larkin.

Sinking deep roots into the New England soil and the streets of Boston, she acquired numerous devoted fans. Since arriving in Boston, Lourdes has released three self-produced cassettes, which have all sold out and received favorable reviews from music critics. "Now is the Time", the title track from her first CD in 1994, has received extensive airplay from local College radio stations. It was also very well received in Spain, where it got regular airplay in Barcelona. It was also aired in Prague, and has gotten continuous airplay alongside Gloria Estefan's "Reach" in the Czech Republic.

With her second CD, "In Control" released in November of 2001, she plays all the acoustic guitars and a lot of the electric guitars and writes, produces and arranges all the songs. Her CD release concerts were a huge success. A review from Metronome Magazine in Boston says about Lourdes CD "In Control":

Uplifting acoustic based rockers, fueled by a sweet feline voice and some terrific playing makes Lourdes Pitas "In Control" an unexpected delight. I can say for sure, that the production is first rate, the music is well played and the singing is beyond reproach. The tight harmonies are exquisite. When all is said and done, Lourdes Pita has a real gem on her hands with "In Control". ----Douglas Sloan, Metronome Magazine - January 2002

In 2005 "Now is the Time" (the anthem title track to her first CD) was chosen for a compilation CD out of Canada entitled "Peace Songs For a Better World Volume II". It was released in February of 2006 and is currently getting world wide airplay.

Lourdes is planning a comeback this year after a long hiatus of performing. She is currently rehearsing with her band and booking shows to support her third CD entitled "Seize the Dream".

She is currently recording new songs for two of her forthcoming CD's - one of them being totally in Spanish that is slated to be released sometime this summer 2009.

Now is the Time