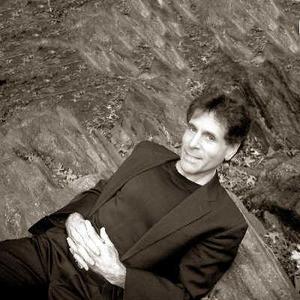 Instrumental music is so powerful its interpretation is left to individual discretion as no two people hear music in exactly the same way. That composers intend their music to speak for itself is no accident, as excellence is a matter of intention. The most definitive bodies of instrumental music incorporate various influences that have evolved through the ages and resonate with sophisticated audiences in such a manner a wide variety of listeners embrace the emotional intent collectively.

Solo pianist and composer, Louis Landon from Chestnut Ridge, New York, has dedicated his life to music. His career has taken him around the world playing a variety of styles with some of the most recognized names in the entertainment industry. Yet, not long ago, Landon realized that his own music - the solo compositions that bring him so much joy and peace could surely bring joy and particularly peace to millions around the world who struggle to cope as unwitting witnesses to unnecessary destruction.

To further his efforts as a peacekeeper and one man making a difference, on June 2, 2008 Landon began recording and posting Improvs for Peace. He intends to continue doing Improvs for Peace until the wars in Iraq and Afghanistan are over. Landon posts free downloads of the Improvs on the news section of his website: http://www.louislandon.com/news.php As of December 15th, 2010, 150 Improvs have been created, over 12 ? hours of music! Improvs for Peace support Landon's fervent notion that music can bring peace to the world. Landon writes in his mission statement and the closing to all correspondence: Love and Peace Always and Everywhere.

"? indeed meditative and mellow, [he] sacrifices no musical rigor to achieve those ends. With backgrounds in jazz, Latin music, rock, pop, film composing, and classical piano, Louis brings his breadth and depth of experience to bear here. His playing and compositions are sensitive as they are complex and? a diverse range of influences is more than apparent.? Keyboard Magazine

"He has a gift for composition that is second to none." New Age Reporter

"?for those who like their solo piano music rich and full." Wind & Wire?

Landon's seventh CD, and second solo piano release "Peace Revolution" received radio airplay worldwide. This CD has remained on the Top 100 New Age charts for 10 consecutive months. "Skye's Song" the CD's third cut was No. 1 on Music Choice the music wing of the cable network. He's been interviewed on several NPR stations in support of "Peace Revolution" coinciding with critically favorable reviews of the 12-track CD. His first solo piano CD, "unwind" rose to No. 3 on the NAR charts and was nominated for Best CD of 2006, and Best Solo Piano CD of 2006 in the New Age Reporter Lifestyle Awards.

Solo Piano for Peace, Landon's 8th CD and 3rd solo piano CD, was released in April of 2009. Co-produced by Eric Tingstad, this CD was originally entitled Improvs for Peace because all of the music was improvised in the studio in real time. Tingstad then edited some of the tracks to highlight some of the best melodies and passages and took the music to a higher level. This is Landon's best music to date.

Sedona On My Mind - Solo Piano

Peaceful Solo Piano From The Heart