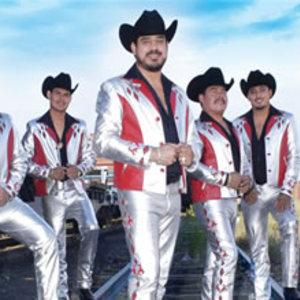 All original members of the band are natives of Ojinaga, Chihuahua a town from where many other saxophone-norte?o bands have come from.

Los Rieleros del Norte have recorded many albums across the years. They include Estampida Norte?a, Prieta Orgullosa, Aventura Pasada, and many other albums which have now become classics in regional Mexican music. Among their many songs, "El Columpio", "Te Quiero Mucho." "Amor Prohibido," "No le Digas a Nadie," "En la Puerta de Esa Casa," "Una Aventura," and "Copa Sin Vino" are just some of their many singles which have topped the Mexican music billboards. Sobre los Rieles was released in September 2004, featuring the hit "Tu Nuevo Cari?ito". In July 2005, Que el Mundo Ruede was released as the Rieleros' newest album. In 2006 Siempre Imitado Jamas Igualado was released featuring the song Voy a llorar por ti, and in June 26, 2007 their new album Ven Y Dime 25 anos was released featuring the single Un Juego

The actual founder and the person that named the band was not Manolo Morales like it is described above. He so claims and has also gone to court to obtain the name of Los Rieleros del Norte. It will soon be known who the actual person that founded this group is.

While there are many speculations as to who founded the group, both the current leader Daniel Esquivel and Manolo Morales know exactly who the founder or better yet, who actually came up with the name of the group. While this unnamed person has not wanted to go to court over rightful ownership of the name, both parties have acknowledged that the person that founded the group is Manuel"Me?o" Lujan, also of Pecos. Both Daniel Esquivel and Manolo Morales in a morning radio show called "Piolin por la ma?ana" agreed that Manuel Lujan is the original founder of this band. To both their fortune, Manuel has not wanted to get involved in the legal matters of this, however, the truth will be known soon...to everyone, legally, and the fans. On the court of law in the United States in El Paso, Texas a Federal Judge gave all rights to Daniel Esquivel (lead singer of Los Rieleros) making him the rightful owner of the group and prohibiting Manolo Morales any type of connection to Los Rieleros. For a short time Manolo began using the name of the group fooling many people in turn for his own wealth. Daniel Esquivel says he will continue to play for the people with the quality that the fans want with no more interruptions or fraudulent acts from other sources.