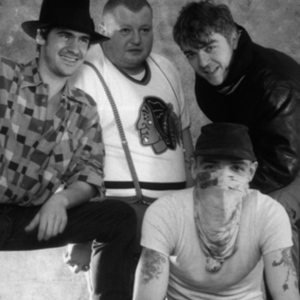 Los Carayos was a French band which released four albums between 1986 and 1994. They were active mostly in Paris in the mid-1980s, but side interests of the musicians, notably of Manu Chao, did not allow the band to take off. Their songs were largely of a parodic style, mixing rockabilly, blues, and various genres of folk from throughout the world, especially country, and latin music. They were also influenced by Italian composer Ennio Morricone, who is famous for his work in movie soundtracks.

The members of Los Carayos have gone on to achieve success in separate projects on the French and world music scenes. The group members include:
Fran?ois Hadji-Lazaro (also in Pigalle and Les Gar?ons Bouchers): vocals and diverse instruments
Manu Chao (also being in the Hot Pants, then founding Mano Negra): vocals and guitar
Schultz from Parabellum: vocals and guitar
Tonio Chao (Manu's brother, also being in Chihuahua, then in Mano Negra)
Alain from Les Wampas.