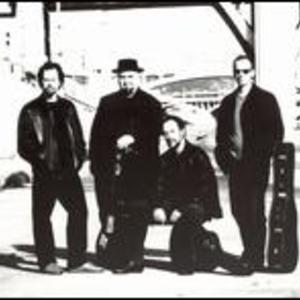 The Los Angeles Guitar Quartet (LAGQ) consists of John Dearman, William Kanengiser, Scott Tennant, Matthew Greif and Andrew York. These four musicians, playing nothing more than standard nylon-string classical guitars have given the world a fresh look at what the guitar is capable of. They have played in nearly every style; Baroque, Bluegrass, Flamenco, Rock and New Age are among the menagerie of their highly eclectic repetoire.

The quartet received a Grammy Award in 2005 for its multi-genre CD, Guitar Heroes, a musically entertaining mix of guitar legends ranging from Chet Atkins to Jimi Hendrix. Recent projects include their latest CD, Spin, a tour of new arrangements by the quartet as well as other modern composers. Their ability to imitate a variety of instruments and effects has earned them an important place in guitar history.

Andrew York left LAGQ in 2006 to pursue his solo career to its full extent. After he left, Matthew Greif, a good friend of LAGQ, joined the group.