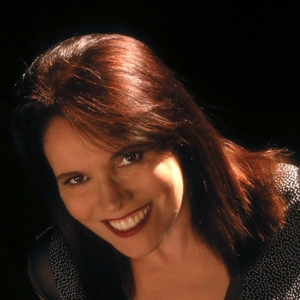 Billie "Lorraine" Feather (born September 10th, 1948) is a lyricist/songwriter. She was born in Manhattan, New York. Her father was jazz writer Leonard Feather, her mother Jane was a former big band singer and ex-roommate of singer Peggy Lee. Feather was named after her godmother Billie Holiday but she began using her middle name "Lorraine" while in grade school. Her husband is Tony Morales, formerly a drummer for artists such as The Rippingtons, David Benoit and Rickie Lee Jones. Morales changed careers in the late 1990s, turning to Internet management.

He led Silicon Graphics' web team for ten years. The couple moved from Los Angeles to Half Moon Bay, CA at the beginning of this period. In 2007 they relocated to the San Juan Islands in Washington State.

Lorraine Feather began working in television as a lyricist in 1992 and has received seven Emmy nominations. Her lyrics for children include Disney's Dinosaurs series on ABC and the MGM films Babes In Toyland and An All Dogs Christmas; Feather and composer Mark Watters wrote the themes for MGM's TV shows All Dogs Go To Heaven and The Lionhearts; they also created the piece ?Faster, Higher, Stronger? for Jessye Norman to sing in the opening ceremonies of the 1996 Olympics. Feather and composer Larry Grossman wrote the song that Julie Andrews performed in The Princess Diaries 2. Feather has also created lyrics for Disney's feature film The Jungle Book 2 (with Australian jazz musician Paul Grabowsky), and for Pooh's Heffalump Halloween, the PBS series Make Way for Noddy, and the Candy Land and My Little Pony films for Hasbro Toys.

Feather's work has been heard on numerous records, in films and on television. Her songs have been covered extensively by artists such as Phyllis Hyman, Kenny Rankin, Patti Austin, Diane Schuur and Cleo Laine. Many of her own solo albums have featured contemporary lyrics to formerly instrumental pieces written by Duke Ellington, Fats Waller and other pre-bop composers. Feather's recordings have received glowing reviews in every major jazz magazine. Down Beat has called her work ?deliciously savvy?; Jazz Times referred to her as ?a lyrical Dorothy Parker? and her lyrical reinventions as ?pure genius.?

In 2005, Lorraine Feather began working as lyricist on Canum Entertainment's theatrical project The Thief, based on the Oscar-nominated Russian film and featuring the music of Russian composer Vladimir Shainskiy; The Thief debuted at Los Angeles' El Portal Theatre in the summer of 2007. Soon after, she started work on Canum's next musical, Pest Control, with co-lyricist Scott de Turk. She was also commissioned to write lyrics for a musical production of Tom Wolfe's The Bonfire of the Vanities (music by New York neo-classical composer Stefania de Kenessey). American Opera Projects has presented excerpts from this work, and it was featured at the annual Derriere Guard concert in New York in October 2007, with Tom Wolfe as keynote speaker.

Tales Of The Unusual