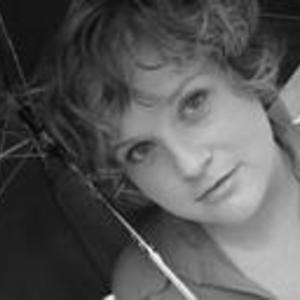 Ten years ago Lori began playing guitar, writing songs and singing in Toronto. In 2004 Lori released her second cd of original songs. This cd titled"Uneven Hill" was re-released in April 2005 through Maple Nationwide/Universal Canada . It represents her most accomplished work to date and garnered her a second 4 NNNN review. While an acapella version of the traditional piece In The Gloaming showcases her stunning vocals...

"It's difficult to get a definitive handle on the sprawling work of Toronto-based songstress Lori Cullen. And that's precisely what makes the striking Uneven Hill worth devouring again and again. On the surface, there's no mistaking the scope of her roots; the eleven-track set is rife with shards of jazz, folk, country, pop and even classical chamber music. It's a twisting sonic puzzle of style and form. But no one puts it together better than Cullen. Much like Joni Mitchell's 1975 The Hissing Of Summer) the fragile, dream-like Uneven Hill resides comfortably in that wide open world of musical expression where the perfunctory rules are given short shrift. The lush songs are bold, blue, brainy and wholly distinctive, rarely if ever giving in to tired clich?s and well worn gestures. A pensive, poetic triumph from start to finish." (Steve Baylin- Ottawa Express)

Cullen's complex chords, sophisticated sense of movement and structure has been influenced by her own intuitive understanding of jazz. She released her jazz cd So Much with the Ron Davis Trio in the fall of 2002. This recording gives ample evidence of her confidence with harmonically demanding material, and the creativity to expand the notion of standards. So Much was nominated as Jazz Album of the Year for the Canadian Independent Music Awards ("The Indies"). CBC's Mary Wiens has described Lori as a woman who "sings the standards as though she was born with them coursing through her veins."
Lori's voice has a fresh sound, her vocals understated. When the material calls for power, Cullen tends to derive it from emotional depth rather than vocal histrionics. She soaks up everything and gives herself the freedom to be a very unique voice in jazz and in folk. There is a new cd on its way. It features two original songs amongst a handful of hand picked covers. Beautifully crafted songs from Richard Thompson, Bruce Cockburn, Arto Lindsay, Gordon Lightfoot, Randy Newman, Join Mitchell and Gilbert O'Sullivan are all found on this new cd to be released Jan 27th, 2006