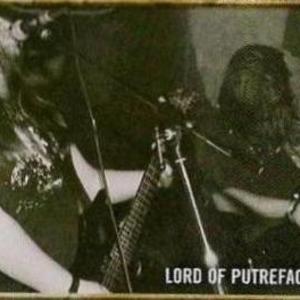 Later known as Thy Grief Eternal and Eternal, Lord of Putrefaction was a death-doom metal band formed in 1988 in the UK. Their dark and heavy sound can be compared to such well-known undergound legends as Disembowelment, Rigor Sardonicous and Winter. They released three demos and one split album with Mortal Remains before going through a name and line-up change in 1991. Lead singer/guitarist Jus Oborn went on to form the mighty Electric Wizard.

Adam Richardson of Ramesses was also a member of the band.

Wings Over A Black Funeral (Demo)