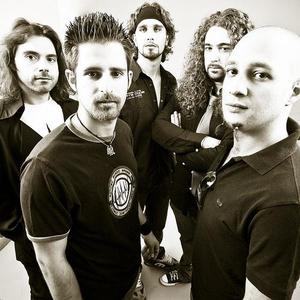 This French quintet from Nice began covering bands such as Spock's Beard and Marillion as well as the heavier Rush and Dream Theater, influences that pop up on their eponymous album, released in 2002. The band consists of highly skilled musicians with instrumental chops to spare such as guitarist Laurent James, a disciple of Frederic L'epee (Shylock, Philharmonie), whose jazzy lines will remind you of John Goodsall from Brand X.

The other members are keyboardist Quentin Benayoun, drummer Volodia Brice, bassist Julien Negro, and frontman Julien Vallespi who sounds a bit like Gary Chandler of JADIS and sings in a totally unaccented (American) English.

Their album shows a typical American approach to composing, with light-jazz sounds that give the music a bit of a "lounge" or "easy listening" feel. Simultaneously complex and catchy, intricate yet accessible, their pieces are a refreshing mixture of fusion, hard prog, melodic prog and some metal, all gelling naturally. Not the most challenging type of music by any means but complex enough to stand repeated listenings, and surprisingly mature for a first effort, thanks to the excellent musicianship from the entire crew and a top-notch production.