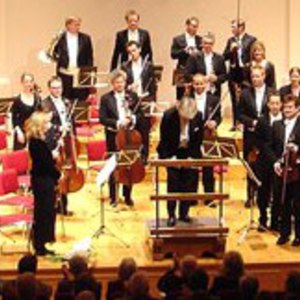 Entering its tenth decade, the London Chamber Orchestra looks back on 90 years of outstanding concerts. Remarkable for its history as the UK's oldest professional chamber orchestra, LCO also champions new music and effects real change through education and charity work. On 11 May 1921 Anthony Bernard launched his new orchestra at 4 St. James's Square. Inspired by the chamber orchestras of the eighteenth century...

?The music season has given us nothing of greater significance than the concert held at 4 St. James's Square on Wednesday evening. Mr. Bernard's initial concert with his Chamber Orchestra was a triumph ? it took place in the presence of a distinguished company which included the Prime Minister and Mr. Balfour, and many experts in the art of music.?? The Daily Telegraph, 12 May 1921

The London Chamber Orchestra has remained an innovative and adventurous ensemble, premi?ring works by some of the twentieth century's most important composers, including Stravinsky, Bloch, Vaughan Williams, Respighi, Delius, de Falla, Faur?, Finzi, Prokofiev, Hindemith, Poulenc and Villa Lobos. Since his appointment as LCO's Principal Conductor and Music Director in 1988, Christopher Warren-Green has continued this tradition with premieres including works by Maxwell Davies, MacMillan, Fitkin and a host of new compositions from young composers. On 22 March 2012, LCO premieres Track to Track, commissioned bv The LCO Trust as part of the 2012 Cultural Olympics and PRSF New Music 20x12.

As new LCO Life President and former Chair of The LCO Trust John Wates said, ?When you come to an LCO concert you are buying into a bigger picture.? This bigger picture reflects LCO's philosophy, as an elite ensemble with an enviable reputation, of sharing its excellence in a socially aware environment. Last year saw the launch of Music Junction, a series of education projects that work in partnership with Barnardo's. In 2011/12, nearly half of LCO's London series will be performed in support of charitable causes a tradition started some 25 years ago.

Aside from its enviable National credentials LCO is also recognised globally, having played in concert halls around the world ? from La Scala, Milan to City Hall, Hong Kong, and throughout the Far East, the USA and Europe.