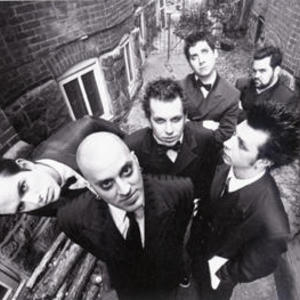 Lollipop Lust Kill was formed in the mid 90's in Toledo, Ohio. Orignally called The Candy Killers, following the addition of Evvy Pedder on vocals the band changed their name to Lollipop Lust Kill. The name came from a book on murderers that guitarist Dead Greg owned, in it was mentioned a "lust killer". They tacked on Lollipop to both acknowledge their origins as well as make the name sound more ominous and less contrived.

In 1996 they released their first demo, a three track EP entitled Candycanes and Razorblades containing the songs Jesus Chrysler, The Perfect Woman, and Knee Deep in the Dead. All three of which were also included in their 2000 demo, Motel Murder Madness. At the time nu metal was exploding and Lollipop Lust Kill was gaining local and regional acclaim for their masterful delivery of murder rock.

In 2002 they released their only studio album, My So Called Knife on Artemis records. It featured the song Like a Disease which enjoyed a significant amount of regional radio play, and a not dismissable amount of national radio play as well. 2004 was to be their last year together. Following several line up changes, the band decided to call it quits citing a lack of cohesion following the changes. On June 2nd, 2004 Lollipop Lust Kill took the stage for one last time with all original members in their proper places.

My So Called Knife