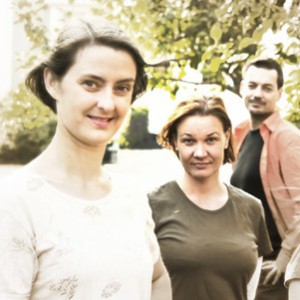 Loituma's initial incarnation was in the autumn of 1989 as a septet called J&auml;ykk&auml; leip&auml; ("Stiff Bread"), born in the Sibelius Academy's Folk music department. The original lineup included singers Sanna Kurki-Suonio and Tellu Turkka (formerly Tellu Paulasto, Tellu Virkkala), who later left for Sweden to join Hedningarna. Over the years, the group has persistently followed its own musical path, applying different musical influences to its music.

Over the years, the group has persistently followed its own musical path, applying different musical influences to its music. It has dived into musical streams of diverse origins. One of the cornerstones of Finnish folk music is the art of singing: stories and feelings are best conveyed through this instrument. Loituma's songs convey the Finnish heritage, aided in the background by Martti Pokela and Toivo Alasp??. Another cornerstone of Loituma's art is a Finnish folk instrument called kantele, which is featured in varied ways in their recordings.

Loituma members compose or arrange the tunes by themselves, often using improvisation. Lyrics come from many sources, two main traditional sources are the Kalevala, the national epic of Finland, and the Kanteletar. The lyrics are in Finnish language.

Description
The song takes the point of view of a young woman. It tells the story of Ieva (Eva in Savo) who steals away to someone else's house where everyone is dancing to a polka, and where she meets a handsome young man. When he takes her home, her angry mother is waiting for them, but he tells her straight out to "stop that noise": No matter what she does, Ieva and he "are going to make a match".

Language
The song is sung in Savo, a Finnish dialect in eastern central Finland.

The Loituma version of the song includes an intermezzo of phonetically inspired gibberish containing only a few Finnish words; it is not part of the original song written by Eino Kettunen. The content of the intermezzo varies from one performance to another and is not listed on lyrics pages. It is similar to scat in jazz.

The internetmeme that made the song famous: http://www.leekspin.com
A live version of the song: http://video.google.com/videoplay?docid=1738842995641330414 (Originally appeared on tvfolk.net

The continuous hype around this song resulted in a maxi single being released with the original as well as seven remixes of the song. The title is erroneously spelled as Leva's Polka, instead of Ievan Polkka.