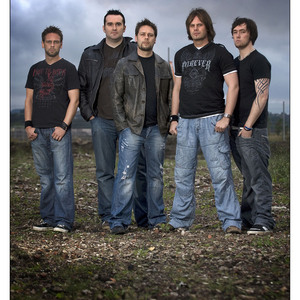 Logan are a five piece hard rock band from Glasgow in Scotland, formed in 2003. They have released 4 cd's independently, chalking up over 20,000 sales and charting twice in the UK Rock Chart. Constant gigging, including support slots with Hinder, Alter Bridge, Bon Jovi, The Quireboys, Thunder and appearances at Download 2009 & Hard Rock Hell III saw the band win a legion of fans worldwide. Following the award as Best Band in The Scottish Variety Awards, their fourth studio album, "The Great Unknown" was recorded with legendary producer Keith Olsen and released in the UK in October 2010.

After taking a year out in 2011 members Al and Steve Reilly and Iain Stratton left the band and Logan are looking forward to a bright future with a reinvigorated Kenny Collins and Mick Coll at the helm.

In July 2012 Logan announced via their Facebook Page that guitarist Alan Reilly, bassist Steve Reilly and drummer Iain Stratton, were no longer in the band, leaving founding members Kenny Collins and Mick Coll to continue building their legacy and recruit new members.
In September 2012 Logan revealed that their new lead guitarist is Max McPherson. Max McPherson annouced as new guitarist In October 2012, they announced UK Young Drummer of the Year Calum Blair as their new drummer and Stef Lach as their new bass player.

Hip Hop From the Future