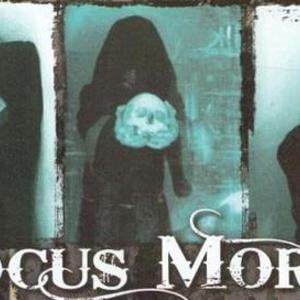 Locus Mortis' concept is deeply rooted to the ancient vision of death as it was during medieval times, an everlasting companion in the concrete and spiritual life, not only a mere frightening spectre, but a bringer of wisdom, that reminds in every moment the destiny of wretched human life, a queen of what was and has been, and what's not dead yet. Locus Mortis are also linked to the parallel band Urna, where its two eminent members have previously developed its representation and summoning.

"Inter Uterum Et Loculum" is the first full length unveils its macabre essence, merged with a cold and aggressive attitude. Still remaining inspired by the past heritage guitar work went beyond go the well know double-string darkthronish riffs border, a fierce singing in Italian granted to the record even more power.

?Voust? has to be considered the highest achievement of Locus Mortis development and inner growing, where esoteric studies are dramatically expressed in the music vibe. With the thundering support of the new drummer PV1, "Voust" is the best manifestation of Occult Black Metal out of the many times this word has been un-properly used.