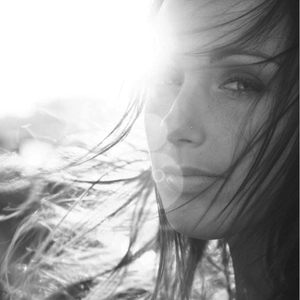 Lizzy Parks is a singer/songwriter. Her debut album ?Watching Space' infuses the soaring jazz melodies of Ella Fitzgerald with the cutting edge sensibility of Bjork. With vocal comparisons to Erykah Badu and the songwriting skills of Carole King, Lizzy combines the musical freedom of jazz with a cool modern edge. Lizzy Parks caught the attention of TruThoughts recordings via her involvement with the Nostalgia 77 and Nostalgia 77 Octet (TruThoughts featured artists) projects.

Lizzy Parks caught the attention of TruThoughts recordings via her involvement with the Nostalgia 77 and Nostalgia 77 Octet (TruThoughts featured artists) projects. She has loved and lived music all her life with the help of an old clarinet (in the very early years), piano, tenor sax and, of course, her vocal chords. She grew up in Devon in the South West of England but opted for a taste of city life when she moved to Birmingham to study Jazz at university.

There she did most of her growing up (musically and the rest!) and had the pleasure of playing with some great musicians including Chris Bowden (a killer sax player) who asked her to sing on his 'Slightly Askew' album for Ninja Tune in 2001. This and other early successes set the scene for her musical journey. Further sessions followed for various labels and artists including tracks such as Nostalgia 77's ?Hope Suite' for Tru Thoughts, which was nominated for Gilles Peterson's BBC Radio One's Track of the Year 2005 and Will Saul's 'Space Between' (Simple).

She then worked on her debut album 'Watching Space' in 2005 for indie label The Birds and settled in North London where she lives and works, on her own music and a variety of new and exciting projects with artists including our very own Nostalgia 77. She can frequently be found live on stage with the Nostalgia 77 Octet and on occasion The Heritage Orchestra (Brownswood) and of course in her own band, as, you guessed it, Lizzy Parks.

Lizzy describes her music: ?To be honest, I love a lot, I listen a lot and I sing a lot and I'm always happiest sharing what I can find with anyone who'll take the time to listen?. Lizzy's debut album for Tru Thoughts, co-produced by Nostalgia 77, is entitled ?Raise the Roof' and is due out on September 22 2008. The long player will be preceded by a 7? single in August, also entitled ?Raise The Roof?. The single has so far received fantastic reactions from tastemakers around the world including Laurent Garnier, Pete Isaac (Jelly Jazz) and Gilles Peterson, who featured an album track on his BBC Radio 1 show in July.
Keep updated with news & 2007 tour dates by visiting www.lizzyparks.co.uk