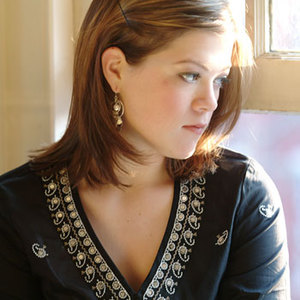 In the short time since her graduation from Boston's renowned Berklee College of Music, singer-songwriter Liz Longley has assembled quite an impressive resume. While best known for her stop-you-in-your-tracks voice, Liz has quickly built a reputation as an accomplished songwriter, crafting intimately personal portraits through her music. Liz's ever expanding fan base is not the only group to acknowledge her talent.

In 2010 alone, Liz took home top prizes at some of the most prestigious songwriting competitions in the country; the BMI John Lennon Songwriting Scholarship Competition, the International Acoustic Music Awards and the Chris Austn Songwriting Contest.

While she has frequently opened shows for established artists such as Mindy Smith, Nanci Griffith, Paula Cole, Livingston Taylor, Amos Lee, Shawn Colvin, Colin Hay and America, it is becoming clear that Liz is coming into her own as a performer. The Washington Post declared that she is ?destined to a bigger audience,? Dig Boston called her ?a rising acoustic sensation? and even John Mayer is a fan, calling her music ?gorgeous, just gorgeous.? Most recently, executives at Sirius XM caught wind of Liz's cover of Van Morrison's hit ?Moondance? and added it into regular rotation, along with her award-winning original song, ?When You've Got Trouble.? They even invited her to perform live in their studios - not too shabby for a recent college grad.

Liz may blush at the mention of her many accomplishments, but, if the last year is any indication, the momentum won't be slowing anytime soon. Liz is currently touring the country in support of her most recent album, Hot Loose Wire, and preparing for a move to Nashville, TN where she hopes to write and record with some of the best in the business.

Funeral For My Past

Inside This Song (EP)

Somewhere In The Middle