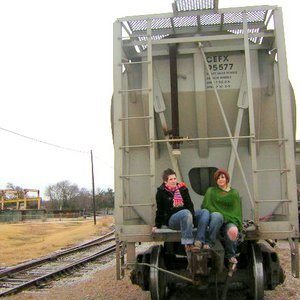 There are two 'Little Wolf' artist descriptions below. I. Native American Band II. Chicago Blues Musician I. Native American chants and instruments, ambient textures and hip-hop rhythms. It is an intensely spiritual and evocative record, finding a common ground between the past and present and demonstrating that Jim Wilson -- the man behind Little Wolf -- is a composer with a distinctly modern and compelling vision. II. Little Howlin' Wolf (Chicago Blues Musician) Birthdate July 26, 1930 Birthplace Florence, MS

I. Native American chants and instruments, ambient textures and hip-hop rhythms. It is an intensely spiritual and evocative record, finding a common ground between the past and present and demonstrating that Jim Wilson -- the man behind Little Wolf -- is a composer with a distinctly modern and compelling vision.

Jessie Sanders (Little Howlin Wolf) was born and raised in Florence, MS, along Highway 49. He lived in Chicago most of his life, during which time he spent many hours in blues clubs and on the road with the late great Howlin' Wolf. Jessie first took to the stage with Howlin' Wolf in 1950. Wolf took Jessie under his wing and it wasn't uncommon for him to be heard referring to Jessie as his "son". Out of respect and admiration for his long time friend and mentor Jessie began performing as "Lil Howlin Wolf".

He began performing at age 17 as Jessie Sanders and it wasn't too long after that he formed a group called The Five Rising Stars. They performed at local churches on Sundays. When most of the members went into the army the group disbanded. After about four or five years he began singing the blues. In 1945 he headed for Chicago. He went to work for the City of Chicago Police Department and worked for them for 47 years. He performed on weekends with Blues greats such as Howlin Wolf, Jimmy Reed, Hound Dog Taylor, Albert King, Magic Sam, Freddie King, and Little Junior Parker. They did shows at Silvio's Lounge on Chicago's west side. During a visit home in 1947 while at WDIA in Memphis he met BB King and Bobby Blue Bland while they were there doing a radio spot. A decade later he would share the bill with not only BB King and Bobby Blue Bland but also the likes of Little Milton, Chuck Berry, Bobby Taylor, and Jimmy Reed. He's also shared the stage with (sat in with) legendary greats, James Brown, Aretha Franklin, and Millie Jackson.

Little Wolf's career has taken him across the U.S. and overseas (trips to Germany and France). Little Wolf performed for two of our country's presidents (Carter and Reagan) as well as for Vice President Mondale. After performing for President Reagan in 1985 he recorded "White House Blues"in Washington DC.

While attending Wolf's funeral Jessie met Diane (niece of Howlin Wolf). They were married a short while later. Diane not only supports her husband in his musical pursuits but also in honoring her late uncle by using his name.

Sometime before Little Howlin Wolf retired in 1992 he purchased two Greyhound buses. He ran a bus service for touring groups and musicians until 1996 when he sold one of his buses to his good friend Bobby Rush who keeps it hot on the Blues Highway.

Since his retirement and move to Memphis, TN, Little Howlin' Wolf has made several appearances at festivals such as the "Memphis In May Music Festival". He also does shows in Tunica, MS both solo and appearing as a featured guest of blues recording artist Mark Sallings and The Famous Unknowns. Little Howlin' Wolf is known for his kindness and willingness to help benefit others less fortunate by donating his performance skills by Howlin' the blues and he continues to do so today.

His show is hot, sharp and nothing less than a top of the line production in which he always features the best musicians. Performances always includes a variety of instruments.. from horns to harmonicas.