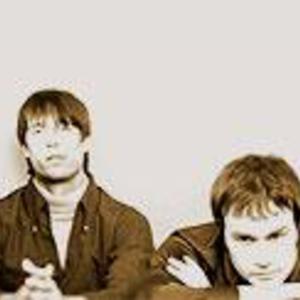 seattle's Little Champions play a brand of rock that incorporates both the aggressive and raw tendencies of the indie scene of the Pacific Northwest with more spiraling arrangements. Sometimes harsh and intense, others laid back and somber, the act's sound swings between extremes. They combine the best facets of intricate indie rock and dance-around-the-kitchen pop. Guitar lines intertwine around clever boy-girl vocals.

Three of Little Champions' four members -- keyboardist/bassist Becky Harbine, guitarist Scott Harbine, and guitarist Fred Stuben -- write and sing, adding complex textural layers to the songs. Chris Shymko, the drummer on 1999's Pillow (Barsuk Records), has since been replaced by Kate Kinney, who used to be in Foxmange with Becky Harbine.

Fire Let Me In, Lava Let Me Out