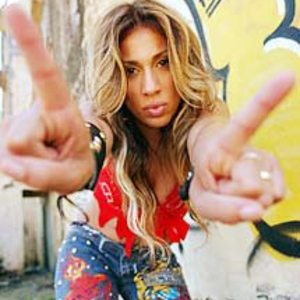 She started her career in the mid-80's with her debut album Trampa (Trap) on Prime Records in Puerto Rico, home to some of the founders of the genre such as DJ Negro and Playero. Hits from this album including Trampa (Trap) and La Segunda Cita (The Second Encounter), which put her on the map as the first Latin female rapper. She became an overnight success and became solicited to perform at top rated events. After the release, album sales exceeded in the weeks making the album go gold. This made Lisa M. the highest paid rapper in Puerto Rico, the U.S. and Latin America of this genre.

In 1990, Lisa M. released her second album, No Lo Derrumbes, produced by her and Vico C and it included the hits No Lo Derrumbes, Tu Pum-Pum and Menealo. The album went platinum selling 100,000 copies in Puerto Rico alone. The following year was full of changes in her career. She signed with Latin Performers headed by Norma Pujals for management and later signed a recording deal with Sony International Records. This made Lisa M. an international star and was crowned the official "Queen of Spanish Rap."

Her third album Flavor of the Latin included international hits such as Tiempo de Amar (Time to love), Everybody Dancing Now and Flavor of the Latin, earning Lisa M. yet again another platinum plaque. This opened the door for her to perform throughout Latin and South America, the Caribbean, and the U.S. and shared the stage with icons such as Celia Cruz, Tito Puente, Jos? Jos?, Ricardo Montaner, and Selena among others. Lisa M. then released her fourth album Ahora Vengo Alborot? (Now I'm Here Wild). A national tour was later followed by the release of her album that took Lisa to Canada and throughout the U.S. performing on big stages to promote the success of the album.

In 1996, Lisa M. released Soy Atrevida (I'm Daring) and later Mu?velo (Your Booty). Then her 6th album Y Sobrevivi (I Survived) was released in 1999, classifying her as "La Suprema" (The Supreme) within the genre.

In 2001, she released her very own calendar and became a host for Telemundo's television show JAMZ, which obtained high ratings and brought reggaet?n recognition on an international level. While filming a show for JAMZ, Elias De Le?n, C.E.O. and A&R for renowned label White Lion Records, approached her and offered her a recording deal with them.

She made her comeback in 2006 when she released Respect which spawned the hit song Hey Ladies and received heavy airplay on local Puerto Rican radios. Other hits includes Fuego (Fire), Encendido (Turned On) featuring Voltio and Quitate (Move) featuring Moncho Rivera. The album also features collaborations by reggaet?n artists Hurac?n G, La Bruja ,K-Mil and Waydi, along with the most recognized reggaet?n producers, Urba & Monserrate, Nesty, Bones, Taino and Lisa M. herself. This was yet another breakthrough album from Lisa M. of this genre.