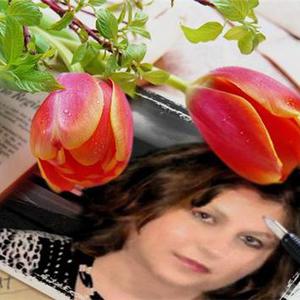 Lisa LaRue grew up in Topeka, Kansas, but now resides in her native Oklahoma. She is a tribal member of the federally-recognized United Keetoowah Band of Cherokee Indians in Oklahoma, where she also serves as Tribal Historic Preservation Officer. She began playing keyboards as a small child, her grandmother noticing she was playing "These Boots are Made for Walkin'" on her Magnus Chord organ. Sought out by shopping malls and department malls as a young girl, she started writing her own songs and designing her own 'album covers.' This led and inspired her for her future career.

A composer and keyboardist, LaRue became the first female artist signed to the Sound of American Records label (SOAR0 Natural Visions sublabel. Her debut release was titled "Beloved Tribal Women," produced by Will Alexander (keyboard tech to Keith Emerson, Herbie Hancock, and many other great keyboard players). The CD also received accolades for being a first in combining art with music. The CD booklet featured 14 paintings by the most awarded female Native American artist in the world, Joan Hill. The idea was, "A picture paints a thousand words," so naturally, the music was instrumental, letting the art inspire the listener.
The next release was "Children's Songs in the Cherokee Language," for which she received 2 NAMMY nominations (Native American Music Awards). The third release was a collaboration with Muscogee (Creek) flutist/guitarist John 'Yafke' TImothy titled "That Ol' Sofkee Spoon." 'TOSS' has received numerous requests, so as it is out of print, LaRue and Timothy plan to re-release it as a 'classic reissue including one new never-released track.