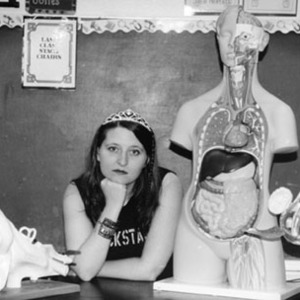 At the age of 13, Lindsay Smith decided she was going to be a rock star. At the age of 32, she decided to get married and buy a house. At the age of 35, she decided to have a child. Balancing these choices and dreams is the theme of her latest album, Beautiful Life, her most personal and compelling work to date. Recorded in just ten days in Atlanta, Beautiful Life features the clever songwriting and the eclectic mix of styles her fans have come to expect, while also drawing them deeper than ever into the singer/songwriter's inner world.

Lindsay Smith has been a regular part of the Atlanta music scene, both as a solo performer and as a member of choirs and a cappella ensembles, since 1991, when she entered Emory University to earn her degree in music with a concentration in vocal performance. In 1999, she released her first album of original songs, Tales From the Fruitbat Vat, and began to pursue a career as a singer/songwriter. Armed only with a guitar, some glitter, and a dream, she toured clubs and coffee shops, the self-proclaimed queen of "alternacheesefolk." She continued to tour through 2003, when she released Were You Prom Queen?, her second album. That was the year she met her husband and things got really interesting!

Lindsay Smith lives in Atlanta with drummer husband Derik Rinehart and a cat named Persephone. Her alter ego, Joni Minstrel, performs at the Georgia Renaissance Festival. Her next project will be giving birth to a little girl this summer.

Were You Prom Queen?

Tales From the Fruitbat Vat