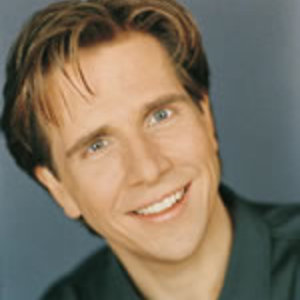 Raised as the only child of a minister in Northern Alabama, Lindell Cooley was surrounded by ministry and music throughout his formative years. His first practical musical experience came when he was taught to play the tambourine at the age of five. From there, he went on to play the drums, bass guitar, organ and piano. Nearly three decades later, he currently serves as president of Music Missions International(MMI)and Pastor at Grace Church in Nashville,Tennessee.

Looking back on his early days as a budding musician and worship leader, Cooley is still surprised by the orchestrating hand that carefully prepared him for his current position. "My family and I often did concerts in addition to regular church services," he recalls. "It was when they needed to produce a custom recording for radio stations that I learned to make records."

At twenty-one, Cooley was spending part of his time playing the piano with Christian musicians Lenney LeBlanc and Rusty Goodman and the other part serving as associate Pastor in his father's church. But he knew he had a destiny to fulfill and at the age of twenty-eight he set off to find it.

Cooley moved to Nashville, Tennessee, and began working at Christ Church as an assistant music minister. Two years later, he left Christ Church to become a studio musician and an independent producer. In the fall of 1994, Lindell visited BROWNSVILLE Assembly and met with Pastor John Kilpatrick. In February of 1995, Kilpatrick needed a music minister and believed Lindell was God's choice for the position. After initially turning down the job. Lindell accepted and arrived in April of 1995. Two monthes latter while Lindell was away on a mission trip to the Ukrane, a historic REVIVAL began lasting years were over 200,000 people would go to experience the glory of God.

After 10 years of serving as music minister for the BROWNSVILLE REVIVAL, it was evident the Lord had much bigger plans.

Then in January of 2004, Lindell moved back to Nashville and began to plant Grace Church. He currently resides in Franklin, Tn. with his wife Amber and two sons, Samuel and Isaac.