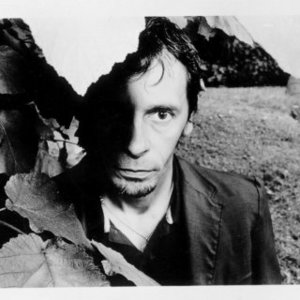 "Lilium" (meant to mean "fortress") started as a solo-project of Pascal Humbert, 16 Horsepower's bass player. Under this moniker he made the album "Transmission of All the Good-Byes", a mainly instrumental creation, which was released in 2000. Lilium now is a duo-project after 16 Horsepower drummer Jean-Yves Tola joined Humbert. As a double act they have so far released one album, "Short Stories", which came out in 2003. Humbert worked on "Transmission Of All The Good-Byes" from 1984 until 2000. The album was released at the end of October 2000 on Glitterhouse Records.

Humbert worked on "Transmission Of All The Good-Byes" from 1984 until 2000. The album was released at the end of October 2000 on Glitterhouse Records.

"Short Stories", the second album, is a co-operation between Pascal Humbert and Jean-Yves Tola and features guest appearances from among others David Eugene Edwards (of Woven Hand and 16 Horsepower), Dana Colley (of Morphine and Twinemen), Daniel McMahon and Tom Barman (of dEUS).

"Short Stories" was released in Europe in June 2003. In August 2003, Twist & Shout Records released the album in the US with three bonus tracks with original music for the short film "The Rain Has Forgotten Us", directed by Mary-Lyn Chambers and in June 2004 Glitterhouse released a DVD-A(udio) version of "Short Stories".

"Felt", the third album, was released in 2010. The band returned to a two-piece, now featuring Pascal Humbert and Bruno Green. Jean-Yves Tola had ceased involvement with the group, and Kal Cahoone contributed as a guest member, along with Hugo Race and a cast of others.

Transmission Of All The Good-Byes