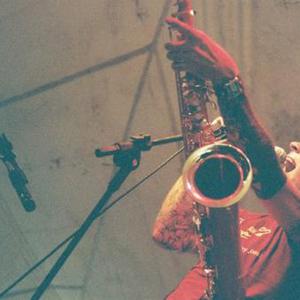 Lights for Nero was a hardcore band from Columbia, South Carolina. During their relatively short lifespan from circa 2002 to 2005, the band released two albums and only did a handful of touring, including two appearances in 2003 and 2004 at the Cornerstone Festival in Illinois. Keeping in line with similar screamo and grindcore acts, their music was fast and often violent, but their sound was distinct due to their abundant use of saxophone, as well as their dual vocalists.

The members also identified themselves as Christians, and as such Biblical influences can be found in their lyrics, seemingly contrary to their aggressive musical approach.

After their previous band Edify split in 2000, vocalist Jason Kinch, guitarist Mat Saxon, and vocalist/saxophonist Joseph Young formed Lights for Nero, along with drummer Steven Cheek and bassist/guitarist Christopher Deans. In 2003, they put together nine tracks to create Dying to Shed Light on the Narrow Path of the Anathema Heist, which was released on a small local label.

Vocalist/bassist Darcy Del Priore, who also played in Edify, joined shortly thereafter when Deans stepped down. Deans would rejoin the band in 2004 for the recording of ...and Little Lambs Eat Nations, an album that included reworked versions of older songs yet at the same time polished the band's overall sound known to their fans as jazz-violence, jazzcore and jazzgrind.

Following the obscure release of Little Lambs, the band underwent a number of lineup changes. Deans left the band once more with Jordan Blackmon taking his place on guitar; Colton Barnes joined briefly after the departure of original member Kinch; and Del Priore, in order to take over vocal duties, handed the bass to Ben Gunter. After this confusing period of shuffling, the members decided to split amicably in February of 2005.

Darcy, Ben and Mat went onto form the short-lived Children of the 11th Hour, which from 2005 to 2006 furthered the jazz-violence styling found in Lights for Nero. Joseph began his solo on-again/off-again hip-hop project JEYcannon. Jason performed in The Map Says We're Fucked from 2004 to 2007. Jordan continued playing in No Way Jose! (since 2001) and Alaska the Tiger from 2005 to 2007, in addition to his solo work as Brave Horatious.

The music of Lights for Nero can be found at their MySpace.