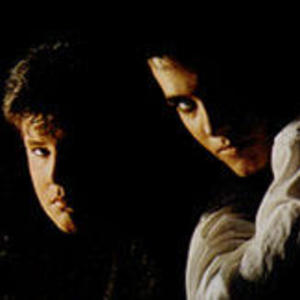 In 2002, Justin Murr decided to try a new incarnation of the group. Continuing with the Liberty N' Justice name, Murr wrote new songs for a new album, however without a band to record it he contacted several well-known artists to join him in creating the new album ?Welcome to the Revolution?. The album featured many of rock's stars such as Michael Sweet from Stryper, Jamie Rowe of Guardian, Lou Gramm of Foreigner, Dale Thompson of Bride, Scott Wenzel of Whitecross, Robert Fleischman of Journey, John Schlitt & Greg Volz of Petra, Doug Phelps of the Kentucky Headhunters, Jeff Fenholt of Black Sabbath, Rick Florian of Whiteheart, and many more. The new format of a collaborative effort, seemed to be what the group needed and work on the next album began.

"I have a dream and I know God put this dream in my heart", Murr says. "For this new record, I expanded on the original idea. I thought how cool and what kind of ministry would it be to have 'known' rock singers singing Christian songs." With that plan in mind and the success of the last album, Murr went to work on the follow-up "Soundtrack of a Soul". The album was released in 2006 and marked a successful musical turning point in the history of Liberty N' Justice. ?Soundtrack of a Soul? featured the talents of rock stars such as Sebastian Bach, Leif Garrett, Jamie Rowe of Guardian, Dale & Troy Thompson of Bride, Oni Logan of Lynch Mob, Josh Kramer of Saint, Scott Wenzel of Whitecross, Tony Harnell of TNT, Pete Loran of Trixter, Mark Slaughter of Slaughter, Stephen Pearcy of Ratt, Joe Cerisano of Trans-Siberian Orchestra, Ted Poley of Danger Danger, Phil Naro of Peter Criss Band, Mike Lee of Barren Cross, and more.