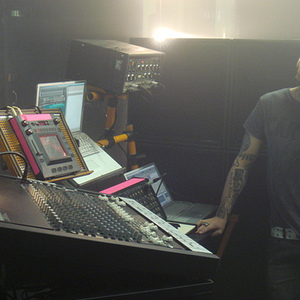 Liam Paris Howlett (born August 21, 1971) is the core member of the British band The Prodigy. Born and raised in Cressing, Essex, Howlett was trained in classical piano from childhood. In 2002 Liam got married to former All Saints star Natalie Appleton of the band Appleton and they have a son, Ace Howlett (born 2004). At the age of 14, he mixed songs recorded from the radio using the pause button on his cassette player.

At the age of 14, he mixed songs recorded from the radio using the pause button on his cassette player. It was the time he went to school when he first got influenced by hip-hop music and culture. He learned breakdancing alongside his crew called "The Pure City Breakers", and DJed in his first band Cut 2 kill before starting to write his own music. He decided to leave Cut 2 Kill when they nearly got into a shooting during a gig at a bar.

Having had his fill with the prejudices and the vibes in the hip hop scene, Howlett gained interest in electronic music. He became connected to rave music when he went to his first rave in 1989, at the age of 18, which was held at "The Barn" in Essex. He became hooked immediately and from this point in time onwards he would spend his time recording and mixing rave tunes in his bedroom.

At weekends, he went to all the raves and when the clubs closed down in the early morning those ravers went on to party on the beach while Liam played a compilation of the latest rave tracks out of a van. One day, Keith Flint approached him and asked whether Liam could do some mixes for him. When Liam had done the mixes he would pass it to Keith. One night, when Keith and Leeroy Thornhill were returning from a rave, they flipped Liam's tape onto side B to find some of Liam's own tracks on it and got completely hooked. They decided to approach Liam and ask him if he wanted to play on stage with Keith and Leeroy dancing at the front of the stage. Liam agreed, and The Prodigy was born, named after Howlett's first Moog synthesizer, a Moog Prodigy.

In 1998, Liam was offered the chance to do a mix for Mary Anne Hobbs' radio show. He dug out some of his old favourite tracks again and this prompted him to release an edited (due to some copyright issues) version of the mix in February, 1999. It was the first material which was recorded in his new home studio "The Dirtchamber", so accordingly the album was to be called Prodigy presents Dirtchamber Sessions Volume 1.

In the end of January 2006, a compilation album titled Back to Mine: Liam Prodigy was released. It was a collection of Howlett's favorite tunes, including an exclusive Prodigy track called "Wake the Fuck Up", which was performed as an intro during The Prodigy's live concerts in the autumn and winter of 2005/2006.