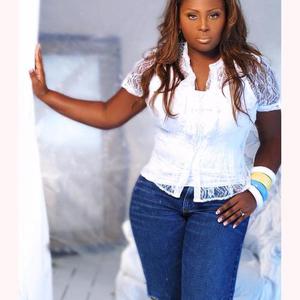 b]3) Singing in her grandfather's church since she was old enough to hold a microphone; Lexi has always understood that singing praises to God was what she was born to do. Having sang all her life, Lexi also had a passion for the stage that began to blossom during her undergraduate studies at Bowling Green State University, majoring in Interpersonal Communications and having a minor in Theatre, upon graduation, Lexi never realized that her life was called by God to be in the forefront.

For a small stint Lexi was a background vocalist for the late Gerald LeVert, Fred Hammond, and Vanessa Bell Armstrong to name a few, before realizing her own destiny. Lexi met and married her producer Michael Allen who helped develop her writing and vocal ability to create her own sound. However, that marriage soon ended with Michael's untimely death. Having their son, Lexi was, without her husband, without focus, and without direction, but she wasn't without God.

God began to quickly step in and prove Himself to be Jehovah Jireh, as Lexi became the ?face? of the Word Network. Two years later, the face of the broken widow was thrust before forty million households in the United States, seen by 38 million viewers in over 200 countries around the world as well, and Lexi began to blossom into a name that would be easily recognized. Now, she can be seen co-hosting on the Bobby Jones show on BET to add sixty million more homes to her credit.

As a praise and worship artist, Lexi has more to say than ever in her worship, because she recognizes that God has just begun to open the windows of heaven for her. Her testimony is simple. From Psalms 27:13 "I had fainted, unless I had believed to see the goodness of the Lord in the land of the living. Wait on the Lord: be of good courage, and He shall strengthen thine heart: wait, I say, on the Lord."