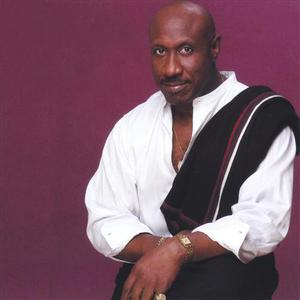 Lew Kirton BiographySmooth soul singer Lew Kirton was born in Barbados and grew up singing in his church choir; he later performed with island vocal groups as Jiggs Kirton. Also an accomplished drummer, he later moved to the United States and took over the drum chair in Sam & Dave's touring revue in 1969. He joined the Philly-styled soul group the Invitations in 1972 as lead vocalist, and they attracted some attention with singles like "They Say the Girl's Crazy" and "Look on the Good Side.

Kirton went solo in the late '70s, signing with the Miami-based TK label family (best known for hits by George and Gwen McCrae) in 1977. Teamed with writer/producer Clarence Reid (whose alter ego was, of course, the bawdy comedian Blowfly), his first releases on the Marlin subsidiary included the future collector's item "Do What You Want, Be What You Are." 1978 saw the single release of his best-known song, "Heaven in the Afternoon"; two years later, he issued his first full-length album, Just Arrived, on another TK subsidiary, Alston. After recording as a guest vocalist with B. Baker's Chocolate Company, Kirton left TK and moved to New York. His second album, Talk to Me, appeared in 1983 on the Believe in a Dream label, and spawned singles in the title track and "Don't Give Up Your Dream (Hang On in There)." One further single, "Don't Wanna Wait," was released on MCA in 1986; despite having completed another album, Kirton has yet to find an outlet for its release. Just Arrived was later reissued by the British label Expansion under the title Heaven in the Afternoon, with bonus tracks from Kirton's earlier singles included. Lew Kirton is married to Maureen and has three beautiful children Shauntae, Contessa and Omar he also has 4 grandchildren. Lew has a unique and powerful sound you will enjoy listening to his soulful sound.