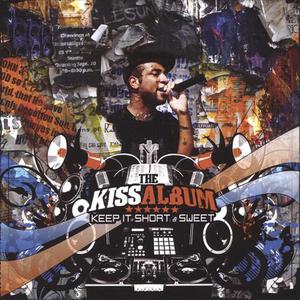 On December 10, 1978, he was born Michael Lyons Leeper Jr. to Michael and Sheron Leeper in Midland, Michigan. He was born the second child of three with an older sister, Nicole and a younger sister, Erin. Throughout his childhood he was raised in the church. His grandfather, Kenneth Leeper, was a minister in Lancaster Baptist in Lancaster, Oh. His father and mother were loving parents, but also very strict.

As a child, he was raised to be responsible, and to work hard for everything, so he was always given a lot chores to do, and extra homework away from school. His father woke us up early every day, even on the weekends and during the summer, to instill in us a sense of discipline and character. But he was too young to understand that so he just grew frustrated and began hating life inside the Leeper home. He was on punishment all the time, and constantly was being reprimanded about everything and anything. From the time he was born until he was 13, they had moved 6 times. And in 1991, they came to Cincinnati, Oh. By this time he was in junior high, he was an honor roll student. A lazy honor roll student. (But that trait did not become a hindrance until he got in high school). Besides going school and doing chores, he had a ton of hobbies like any other kid his age. He loved to play basketball all the time, everyday, any day, no matter what. He always wanted to play pro ball, college ball, any type organized ball. Sometimes he would walk miles, in the cold, just to play ball. And if he was the only one on the court that never mattered, he was just glad to play. He also liked football, baseball, boxing, and track and field. He loved computers too. The Commodore 64 was the first personal computer he owned. It was given to him by his father, and since he was an engineer, they always had at least 2 or 3 computers in the house. He always loved music, but he didn't start writing until he was 11. His parents didn't allow any of us to listen to rap music, or really any secular music for that matter. So music videos were definitely out of the question. He remembers always having to sneak to watch or listen to music. Sometimes they got caught, other times they didn't. In English class, when they would write journal entries He'd write rhymes instead. He and his boys use have freestyle circles right before school they did that every day for 4 years. They started rap groups, and they would record songs whenever he would stay over night at their houses. So with a karaoke machine and a microphone, they recorded tape after tape of us just rhyming over whatever instrumentals they could get their hands on. Most of the time, he missed out on hanging out with them because he was on punishment or they would go places he wasn't allowed to go. When he got in high school, he started to struggle in his honor classes. No longer could he get by with not doing homework (like in junior high) or in other words being lazy. As a result, his test scores started to suffer, and he remained unable to go-out for the basketball team, or to do anything including music, until his grades improved. When he was senior, he made the varsity team, but he was kicked off the team for missing practice and a host of other reprehensible reasons.

After graduating high school early, he moved out to live with his grandmother while attending the University of Cincinnati (Raymond Walters) for almost three yrs, and then he dropped out for financial reasons. While he was there, he indulged in a lifestyle dedicated of doing whatever he wanted to do on a daily basis. he club hopped every chance he got, went to Spring Break in Florida, drank alcohol, and did almost every drug imaginable at least once and of course engaged in premarital sex. He also began his career as an aspiring mc. he formed a group called Unkut with four other cats he knew from college. he dabbled around in a couple a studios until they were introduced to G-Fresh, one of the co-founders of Scribble Jam. Unkut became a two man group, he (Lesun) and his Big Mike. They became a group along with other groups under his independent label, Truth Music Progeny, from 1998 to 2002. They did a lot of shows, including Scribble Jam ?99, 2000, in Louisville, and shows in some local spots, like Top Cats, The Glass Onion, Annie's, The Ritz, Bogart's, The Mad Frog, and more. In 2000, he began making beats because he wanted a different sound for the group. Meanwhile, he continued to lead his life the way he did in college. He moved out of his grandmother's house and got and apartment along with two friends. Meanwhile, he was realizing how difficult it was to live on his own. It was really hard to afford rent along with still being able to go out every night. So he began taking on life as a thief, stealing from jobs he had, he began following what he hated most out of people he knew. So when he stole, he was stolen from. In 2001, he was convicted of felony forgery, and arrested and sentenced to 5 yrs probation. It was the first time he had ever been incarcerated. He also had his first child, Alayah, June 6, 2001 with a girl, Larissa (his future wife), he met 11 months earlier. It seemed like every year after that he was getting locked up left and right. His parents were increasingly disappointed. After being locked up for 30 days(for driving under suspension), in 2002, he then decided to wake up. While he was in his cell, he constantly reflected on his life and how miserable his life was, and he that he was bitter towards his parents for how strict they was. But he also came to know that even though he didn't agree with everything they did, they still had his best interest in mind all along. They had a desire for him to fulfill his destiny in Christ only. In jail, he made a decision to get right, live right, and stay right.

The first thing he did was put down the mic. He told G-Fresh and his man Mike, who was the only member left from Unkut, that he wasn't going to rhyme anymore. At first it was hard for Mike to accept, but he was very supportive. G-Fresh was skeptical about the change as if it was temporary , but in time he saw he was serious about this and that it wasn't a phase. He got married in March 5th 2003, to his wife Larissa, and they had their third child in September that year. He began selling beats and running a studio out of their apartment, and met some really talented and God fearing men and women of God, and business was good. But he hadn't quite cutoff doing business with secular cats yet. But in order to purify and sanctify his walk he had to let go of selling beats to and recording secular artists. The money was good, so it was really difficult at first, especially since they usually paid more than he got from gospel artist, but he eventually let it go. He began working with a cat he knew from his days with G-Fresh, Zeb Williams (RuffHanz). He was doing gospel, so he just made beats for him because he was inspiration for him. While he still rhymed secular, he made the switch from secular to gospel. And he remembers thinking ?he'll be back? and he did. But then he gave it a try once again, and this time it was different. He remembers thinking ?ok, he won't be back, this time, this it's different.?

Soon after, he picked up the mic again, but this time the purpose was different. The dream was alive. The goal was that of the apostles. To spread the good news. The news that Jesus Christ saves. That he saved him from living a pattern of misery and destruction. In 2004, he dropped his 2-disc debut album ?God Fearin' Rap Music/The Miic Album? It received 3.5 out 5(he think) on HHFTS.com. Since then, he's put out 2 compilations CD's, "The Message Vol. 1", in 2004. "The Message Vol. 2", in 2005. He's ministered at a lot of local churches, events, festivals, and some out of town, done some interviews. But most of all, Christ is using he to spark a change in the lives of the old, the young, the black, the white alike. Constantly he is empowered by his favorite verse, 1 John 4:4 ?Greater is He that is in him , than he that is in the world?. In 2005, he joined FIC(Forever in Christ) Music, an independent label in Cincy, Oh. And as a label they make music with a message that ministers to everyone. Today he's happily married to his wife, Larissa, and they have three kids Kellen, 6, Alayah 4, Makensa 2. They attend Lakota Christian Church, pastored by Stephen Sams.
?The voice I have I have to give it back so He can use me? - Lesun