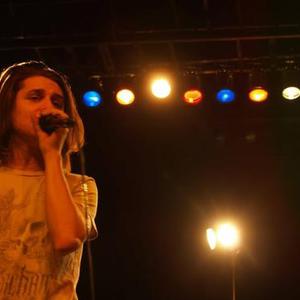 Together since 2001, Less Than Famous has reformed and is back with a vengeance. LTF has lit a new flame and is building a fire in the hearts of their collective and diverse fans. Six musicians whose passion on stage not only expresses the bond they share for the music but is a reflection of the love from people who appreciate and understand it. Attempting to shun genre tags, LTF's interest is to transcend boundaries and gain fans who ordinarily might not venture outside their musical comfort zone.

Attempting to shun genre tags, LTF's interest is to transcend boundaries and gain fans who ordinarily might not venture outside their musical comfort zone. Complex song structures, emotional lyrics and off-center rhythms combine with progressive, experimental guitar riffs and melodic elements for an infectious sound.

The music is like a sweet ocean breeze that gently carries you away like a hypnotic swing ..just as you begin drifting off...delivers the sledgehammer punch of a giant tsunami that knocks you off your hammock, throws you into the crashing surf, and leaves you begging for more.

Tora grew up performing in show choirs and by the time she was 11, had a respectable solo career. Tora was an American Idol 5 contestant and fronted the bands Heartfelt Confessions and Inamorato. Tora's versatile range from soulful vocal melodies to heart-stopping screaming, creates a huge dynamic to Less Than Famous' music.

Mattt is the original founding member of LTF. Before forming the band in 2001, Mattt was a drummer and a guitarist for several bands, joining his first band when he was only 8. Piano and guitar classes in high school have contributed to his well rounded musical ability. Comfortable and energetic on stage, Mattt is a pro at playing the guitar and keys at the same time.

Josh grew up around music and has played since he first picked up a guitar at age 5. Josh has been with LTF for 4 years and began his musical career playing with the band Subliminal Rage. He and his brother Jesse, were picked up by LTF after playing a show together. The two brothers' interaction on stage adds awesome energy to the band's performance.

Like brother Josh, Jesse grew up in a musical family with strong encouragement to play an instrument. Jesse's instrument of choice were the drums but he quickly switched to bass when he joined LTF 4 years ago. As an essential part of the rhythm section, Jesse's experience on the drums enhances his ability to add complimentary bass riffs.

Chris joined the band in 2006 after playing guitar, bass guitar and upright bass in several other projects. He has 8 years of experience with formal training in classical guitar. Although his mother has a musical background, Chris says his biggest musical influence is life. His passion for the music is evidenced by his spirit and enthusiasm on stage.

A seasoned drummer, Jared has been playing for 12 years and with LTF for 6 of those. He took a few lessons but is mainly self taught. He learned music on the trumpet and also plays a little bass. His most recent music influences include Under Oath and Saosin. A heavy hitter with colorful fills, Jared works up a sweat at every show.