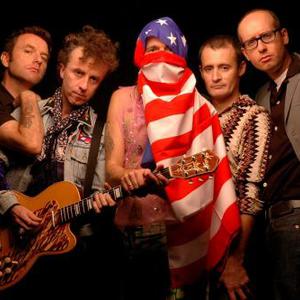 Les Wampas is a french punk band, formed in 1983. The group is chiefly famous for its frontman, real name Didier Chapedelaine, chief lyricist and singer. He deliberately sings off-key and often high-pitched, so has a recognisable voice. His on-stage energy, and crowd-surfing, are major features of the band's live shows, and, since the release of the album Kiss (2000), he comes into the crowd after each performance to hug members of the audience and give them a kiss on each cheek.