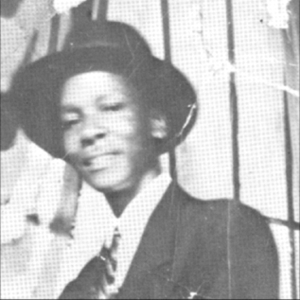 "Baby Face" Leroy Foster (February 1, 1923 - May 26, 1958) was an American blues singer, drummer and guitarist, active in Chicago from the mid 1940s until the late 1950s. He was a significant figure in the development of the post-war electric Chicago blues sound, most notably as a member of the Muddy Waters band during its formative years. Foster was born in Algoma, Mississippi. He moved to Chicago in the mid 1940s, and by 1946 was working with pianist Sunnyland Slim and harmonica player John Lee "Sonny Boy" Williamson.

Foster was born in Algoma, Mississippi. He moved to Chicago in the mid 1940s, and by 1946 was working with pianist Sunnyland Slim and harmonica player John Lee "Sonny Boy" Williamson. He was introduced to singer and guitarist Muddy Waters by an acquaintance Waters met at a recording session in 1946, and was soon playing guitar and drums in Waters' band, along with guitar and harmonica player Jimmy Rogers, with the band later joined by Little Walter on harmonica. Calling themselves the Headhunters, the trio were known for going from club to club and ?cutting? (i.e. engaging in musical duels with) other bands. Foster's first recordings were made with pianist Lee Brown in 1945 for J. Mayo Williams' Chicago label. In 1946, he appeared on another session with Lee Brown and recorded with James "Beale Street" Clark for Columbia. He also accompanied Sunnyland Slim on a 1947 or 1948 session for the Opera label. Further recordings followed, both under his own name and backing Sunnyland Slim, Muddy Waters, Little Walter and pianist Johnny Jones, before his most notable session, for the Parkway label in 1950.
This session featured the personnel of Muddy Waters' band of the time: Foster, Waters, Little Walter and (on two tracks only, since he was late for the session), Jimmy Rogers.[4] Four singles were released from the session, two by Foster and two by Little Walter. One of the singles, the two-part "Rollin' and Tumblin'" was notable enough to be reviewed, unusually for a down home blues release, by Edward Myers in the Chicago Defender. The track featured only Foster's drumming and singing, Walter's harmonica and Waters' slide guitar, with hummed ensemble vocals on one side. Unfortunately, Waters' guitar playing and backup singing were distinctive enough for it to come to the attention of Leonard Chess of Chess Records, who had Waters under an exclusive recording contract. As a result, Waters was made to record his own version of the song for the larger Chess label in order to "kill" the Parkway recording. After the Parkway session, Foster left Waters' band, possibly in the hope of a solo career resulting from the releases on Parkway, but unfortunately the label soon folded. Afterwards, Foster recorded a further three sessions under his own name for the JOB label between 1950 and 1953, but died from a heart attack, possibly as a result of alcoholism, at the age of 35 in 1958. Foster sang in a style influenced by Sonny Boy Williamson and Dr. Clayton, and while he played guitar and drums competently, the talents for which he was popular have been described as ?drinking, singing and clowning?.

As a charter member of the Headhunters, the brash crew that also included Muddy Waters and Jimmy Rogers (so named because of their penchant for entering nightclubs featuring other musicians and blowing them off the stage with their superior musicianship), "Baby Face" Leroy Foster was on hand to help develop the postwar Chicago blues idiom. Unfortunately, he wasn't around long enough to enjoy the fruits of his labors.

The Mississippi native came to Chicago in 1945 in the star-crossed company of harpist Little Walter and pianist Johnny Jones. He worked with Sunnyland Slim and Sonny Boy Williamson before hooking up with the young and hungry Waters aggregation. Foster played drums on 1948 dates for Tempo-Tone that produced Floyd Jones's brooding "Hard Times," Little Walter's "Blue Baby," and a Sunnyland Slim-fronted "I Want My Baby."

He switched to rhythm guitar to accompany Waters on several of his 1948-49 Aristocrat 78s, notably "You're Gonna Miss Me (When I'm Dead and Gone)," "Mean Red Spider," and "Screamin' and Cryin'," as well as Johnny Jones's rolling "Big Town Playboy." Foster also recorded for Aristocrat as a front man: "Locked Out Boogie" and "Shady Grove Blues" were done at a 1948 date that produced six Muddy masters.

Waters got in some hot water with the Chess brothers when he moonlighted on Foster's rip-roaring eight-song session for Parkway in January of 1950. Though Foster's crashing drums are prominent throughout, Muddy's slashing slide and mournful moans are clearly heard on Foster's two-part "Rollin' and Tumblin'" -- enough so that Waters was forced to wax his own version for Aristocrat to kill sales on Foster's rendition by his bosses.

Those Parkway masters had amazing resiliency -- Foster's raunchy "Red Headed Woman" reemerged on Savoy in 1954 ("Boll Weevil" had turned up on Herald the previous year). Two singles for JOB -- 1950's "My Head Can't Rest Anymore"/"Take a Little Walk with Me" (with Muddy and Rogers in support, it was later released on Chess) and 1952's "Pet Rabbit"/"Louella" (with Sunnyland and guitarist Robert Jr. Lockwood lending a hand) -- round out his slim vinyl legacy. Alcoholism brought Baby Face down early -- he was only 35 years old when he died in 1958.

Meaning of the Blues