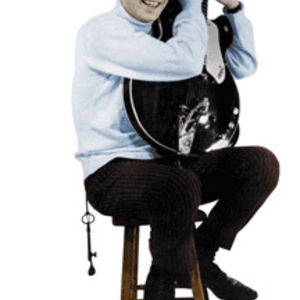 Lee Mallory (1945 - 2005) was born in Berkeley, California. He lit out for Disneyland at age 10 in his Davy Crockett regalia, making his way alone to Oakland Airport via public transportation, stopped only by airport security. When the guitar found Lee it was love at first sight. He ran away from home for good at age 16 to live the rest of his life as a musician. Lee's 1966 single, "That's The Way It's Gonna Be" reached #1 in Amsterdam and #2 in Seattle.

It was recently re-released on Rhino Records compilation, "Hallucinations". "Take My Hand", his second single is included in Rhino's compilation, "Come To The Sunshine." Music was Lee's life. Along with Jerry Scheff, Lee founded 1960s Sunshine Pop supergroup, The Millennium, produced by band-member Curt Boettcher. Millennium, consisting of Mallory, Boetcher, Joey Stec, Mike Fennelly and Sandy Salisbury, enjoyed an international revival at, you guessed it, the millennium. Much of their music has been re-released on Sonic Past Music: http://www.sonicpastmusic.com - enjoy! Eventual-lee, the circus ran away to join Lee in the form of the first national road company of "Hair", where he was the only performer in history to have served as a singer/dancer and guitarist (lead). Ultimate-lee, he became a master of the 12-string guitar who played and sang with love and utopian vision. Lee Mallory was honored on his 60th birthday with a proclamation of Lee Mallory Day by the San Francisco Board of Supervisors. This is the first known holiday celebrating a singer-songwriter. (It falls on January 10th - mark your calendars in perpetuity). --Lee Mallory

Many Are The Times