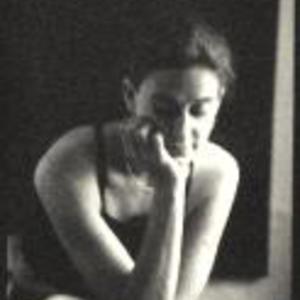 Leah Coloff is a cellist/songwriter/singer who veered off the road of rigorous traditional training after earning a degree in cello performance from The SanFrancisco Conservatory of Music and doing a stint of graduate school at The New England Conservatory in Boston. Coloff did not eschew her classical roots, but rather transposed her training onto a punk ethos and discovered her own unique songwriting gift.

Coloff did not eschew her classical roots, but rather transposed her training onto a punk ethos and discovered her own unique songwriting gift. Her current CD, ?Dark Sweet Heart?, is an expression of her musical explorations over the past four years in New York City, playing both solo and with her fearsome cohorts guitarist Ben Shapiro and drummer Rich Kulsar. Her unusual arrangements illustrate a truly singular voice: one that is at once honest, sensual, funny, pissed-off, and down right loopey. She has seduced the populace at NY clubs such as, Brownies, The Knitting Factory, Baby Jupiter, and CB?s Gallery producing such reactions as,

She does everything she can think of with that cello, short of setting it on fire. Her voice is gorgeous, and she sings her decidedly off-beat songs with a sort of dark abandon. She left me slack-jawed and dizzy.

Her collaboration with producer, Adam Lasus, who has worked with among others, Juliana Hatfield, Helium, Space Needle, and Clem Snide, has created a record filled with layers of sound and melody that envelope and pull the listener into each new exploration of emotion. The multiplicity of sound, musical genres, and feeling is a reflection and reaction to the complexities of the human heart.