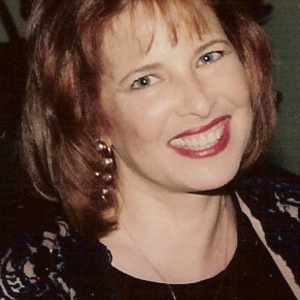 Laurie Zeluck Carter (1957- 2006) With a prodigious talent and plucky spirit, Laurie Zeluck Carter single-handedly crafted her career and took her place in the music world. Laurie Z., as she was known professionally, was slim, sexy, and smooth, but also smart, savvy, and self-possessed. She was uncommonly poised, even as a teenager, with a Mona Lisa smile and a quiet twinkle in her eye. At four-years-old, Laurie started piano lessons and fell in love with playing. At five, she performed before a school assembly of several hundred people; she never blinked and never looked back.

With a prodigious talent and plucky spirit, Laurie Zeluck Carter single-handedly crafted her career and took her place in the music world. Laurie Z., as she was known professionally, was slim, sexy, and smooth, but also smart, savvy, and self-possessed. She was uncommonly poised, even as a teenager, with a Mona Lisa smile and a quiet twinkle in her eye.

At four-years-old, Laurie started piano lessons and fell in love with playing. At five, she performed before a school assembly of several hundred people; she never blinked and never looked back. Soon after that, her family moved from New York to Santa Barbara, where she attended Cathedral Oaks School. At San Marcos High School, her sightreading ability put her in demand. She played for all the music groups and sang in madrigals. One of few girls in the area's jazz bands at the time, Laurie also played in the school's jazz band.

As a student, Laurie was ?a prodigy,? according to her friend Julia Baroni. ?Music was clearly her destiny, and nobody was going to stop her. When we went to her house, she would just hit the piano and go crazy. Not like other kids, who would just sit and play one song. Laurie would go to the keyboards, and wham ? classical, jazz, or anything else. Improvising, standing up ? it just came out of her like there was no time to sit down.?

Laurie began composing at the age of 16, and her skills were compared to those of Chopin. She pursued a music major at S.B. City College and CalState Northridge. She then played keyboard at Disneyland, where she perfected her self-taught knowledge of songwriting. By playing the latest tunes accurately and repeatedly, she developed an ear for melody, and providing, as she said, ?something the listener can take home.? She also had perfect pitch, which served her well in composing.

By the time she was ready to launch her solo career, Laurie had seen many friends get burned by their recording deals, and was determined to put out her albums herself. ?My parents absolutely do not support me making music my career,? Laurie told me at that time. Her father would have preferred her to go into business. As it turned out, she did ? melding both her musical gifts and business acumen by launching her own record label, Zebra Productions, Inc., Laurie Z. was not afraid of taking on a male-dominated industry to pursue her passion. The epitome of determination and perseverance, Laurie thoroughly researched all aspects of production, including promotion, distribution, radio airplay, and album pressing.

Laurie Z.'s debut solo album ? Window To The World (1991) ? garnered rave reviews from music critics and trade magazines. Next, Life Between the Lines (1995) was named new age album of the year by Scott Brodie. Laurie complained to me that she was bothered by labels, and her music was hard to define ? it was most frequently described as new age jazz with classical technique.

In 1997, her third CD, Roots, was considered for eight Grammy nominations. It showcased her musical roots with solo acoustical piano. On the cover, Laurie was photographed among the roots of her hometown, Moreton Bay Fig Tree. In a delightful turn of irony, she featured a song whose ?roots? she had written in a music composition class at SBCC, for which the instructor gave her a C.

By now, Laurie had sold 20,000 albums, hit the Top 20 on many instrumental music charts, and made a solid number one in many markets. Intriguingly, her music was quite popular throughout Eastern Europe and Scandinavia. Z.'s music was heard on more than 200 radio stations across the globe ? amazingly so, as she was an independent label with just three titles.

Her fourth CD Heart of the Holidays (2001) featured Jack Palance. She composed the music in a fifth CD ? The Heart's Journey (2003) ? which was considered for seven Grammy nominations. Keyboard Magazine featured Laurie in its cover story on independent success stories.

Through all these successes, I noticed that Laurie was unfailingly generous in sharing her expertise with other independent musicians. She even taught her trade secrets at seminars, drawing standing-room-only crowds. Her music was licensed by Dolby and by Digital Satellite radio, but when I told her I used her ?City Lights? for my radio show on KTMS 1250, she was just as pleased to learn her music was used by a hometown friend as by a national corporation.

Laurie played national tours (Alexis, Yamaha); she performed at major clubs (Troubadour, Roxy); she opened for top instrumentalists (Herbie Hancock, Leo Kottke); she was even featured in solo piano for Yamaha at the Monterey Jazz Festival. And then, because she hadn't forgotten her local fans, she slipped in a hometown concert at SOhO five years ago.

Laurie was happiest just pouring out notes on the keyboard, energetically and effortlessly. At the piano, she sang through her fingertips. When Laurie married Michael Carter in 1999, I could see she had found her prince. Her music was their shared passion: he not only performed with her (his vocal talent was showcased on her holiday album), but worked as her business manager, promoting her albums and concerts.

The year 2004 was not a good one. Laurie ? a non-smoker ? was diagnosed with stage four lung cancer. In the spring, her father Louis was killed in an automobile accident, and her father-in-law passed away in December. During the year, Laurie's cancer entered her spine, causing debilitating pain. Her greatest fear was that she would lose her ability to play. I was amazed that while she underwent horrific cancer treatments, she was never bitter. She took her treatments in stride, telling me pragmatically, ?Michael and I decided this is something awful we have to go through. But hey, we're fighting it and we'll beat it.?

Her husband literally carried her through the treatments. She told friends, ?Michael's encouragement keeps me going when I think I just can't get the energy. I'm so very lucky he's by my side through it all.? Then, in March 2005, Michael suffered a massive heart attack and died. Without Michael, Laurie drew strength from her first love: music. Even in the midst of her cancer, she mustered the energy to teach a course on how to release an independent CD.

In January 2006, Laurie suffered a debilitating stroke. She slipped into a coma, and passed away four weeks later. A friend wrote about her, ?If asked, Laurie would probably tell you that her gift to the world was her music. If you ask me, her gift was teaching. She taught us that no obstacle is too great. You can be anything you want, if you just don't give up.?

Laurie, thanks for the lesson.

Window to the World

Life Between The Lines