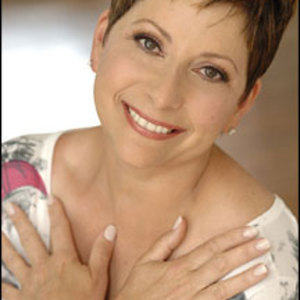 With influences ranging from Rosemary Clooney and Carmen McRae to Patsy Cline and k.d. Lang, Laura Hull delivers an extraordinary combination of rich, sultry, and expressive vocals with music drawn from an extensive repertoire of American popular songs, jazz standards, and her original songs. A native of New York City, it all began for Laura at the age of seven when she took the first steps of her musical journey in an all-girls summer camp production of The King and I.

A native of New York City, it all began for Laura at the age of seven when she took the first steps of her musical journey in an all-girls summer camp production of The King and I. Through her formative years, the road led her to the resorts of upstate New York's fabled Catskill Mountains, where she learned to sing in a variety of genres and styles. She spent time as a versatile session and jingle singer and show-cased her singing at clubs in and around New York City. After a 24-year hiatus from music to pursue a business career, she returned to live performance in 2004. In her many performances since, Laura has emerged as a melodic jazz singer who has a real feel for the Great American Songbook.

In 2006, she recorded and executive produced ?Hullabaloo,? her debut CD of original music, which garnered several songwriting awards and received major radio play around the U.S. Her original tunes reflect her diverse musical interests and run the gamut from swing to well-crafted ballads and Bossa nova rhythms. Her music has been licensed and played in both domestic and international markets.

Joined by an all-star band of top-rated New York musicians including Hullabaloo co-producer, arranger and pianist Pat Firth, bassist Jon Burr and drummer Tony Jefferson, the strong success of Hullabaloo continues on the same high level with her new release, ?Take Me Home.? Noted jazz critic and author Scott Yanow writes: ?Laura Hull pays tribute to ten standards by adding subtle creativity, a real feel for the lyrics, and swing. Throughout this very pleasing set, she inhabits the songs and serves them well. All of the individual composers would be pleased with her tasteful treatments, as will listeners who enjoy superior material and classy singing.?

Laura performs with Her Jazz Gems at a variety of venues, and for corporate and private events. Celebrated cabaret critic and publisher of Cabaret Hotline Online writes: ?Laura Hull is an experienced and audience-pleasing entertainer.?

A member of Manhattan Artists and Cabarets, Recording Academy, and the New Jersey Jazz Society, where she serves as a director, Laura also produces events, coaches, teaches master classes, and is a freelance columnist on the topic of vocal jazz. Visit her on the web at LauraHull.com.