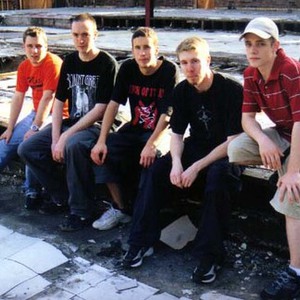 Last Perfection began writing songs and playing shows in 2001, quickly developing a strong following and a reputation as a powerful live band. Maturing at an amazing rate, within a year of the band's inception they were able to record a seamless demo, which immediately received rave reviews and caught the attention of several labels. As their sound has evolved, their fanbase had grown and Last Perfection has been able to hit the road successfully a number of times. The band spent months on end touring, sharing the stage with some of the most respected bands in the heavy music scene today.

In July of 2003, Last Perfection's debut "Violent Solutions for a Violent World" was released by their new label United Edge Records. Pushing their popularity to another level, this marked the beginning of bigger and better things for the band. 2004 was a great year for the band as well. Having toured alongside great bands such as Bury Your Dead and Misery Signals, Last Perfection also made a very successful appearance at Hellfest 2004 and received many extremely positive reviews for their volatile performance. Soon after, the band entered the studio with noted hardcore/metal producer Kurt Ballou, who has worked with such luminaries as his own band Converge, Cave In, Old Man Gloom, Curl Up And Die, American Nightmare, and many more. Ballou even lent the band his talents and appears as a guest musicion on their album entitled "Drawing Conclusions.